Havas Offers Inclusive Message For New Year: No, Not 1937's 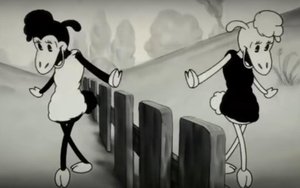 In response to 2017’s “unprecedented rejection of the establishment, isolationism, a surge in nationalism and xenophobia,” Havas has released an animated New Year’s greeting that fundamentally is about inclusion and acceptance. The video, done in the style of a 1930s era Max Fleischer classic, is intended to evoke that period, says the film’s writer Christophe Coffre, noting: “2017 looks like it’s going to be a return to the 1930s.

“I wanted to make a simple child-like short,” he adds, noting: “So I chose cartoons, which are funny and escapist. And so as to make a distinction with the 1930s, I opted for wacky electric music that sounds modern.”