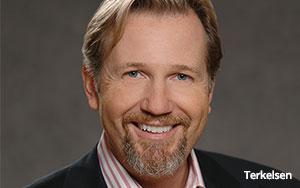 Brian Terkelsen is resigning as global president, Mediavest | Spark, effective at the end of the month. No successor has been named by the agency yet.

Many point to USA CEO Chris Boothe as a possible replacement.

“I have been humbled and honored to lead this agency over the past years, first in the U.S. and most recently globally,” stated Terkelsen.

“I’m incredibly proud of the team and the brilliant work we have created in partnership with our clients.”

Terkelsen joined the Publicis Groupe-owned communications unit in 2002 with a remit to develop the agency’s content capabilities, which he expanded into a global practice known as Liquid Thread.

He was elevated to CEO Mediavest USA in 2012, before taking on his current post when the agency was reorganized last year. It aligned with sibling unit Spark.

Terkelsen is a former investment banker and program producer who co-founded Eco-Challenge Lifestyles Inc. with Mark Burnett some two decades ago.

Mediavest  | Spark has been on the upswing in recent months, having nabbed accounts including KFC, Motorola, Discover, and MTV.