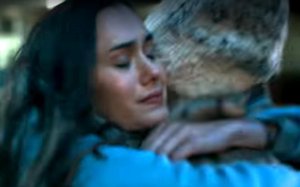 Michelin plans to debut an advertising campaign during Super Bowl LI that marks a significant shift toward real-world scenarios and human emotions, and away from a focus on the Michelin Man animated character.

Shot in South Africa, France and China, the 30-second television spot "I Need You" for its "Caring" campaign available to view on YouTube will tie into a variety of media. Paid social video ads will run across Facebook, Twitter and Instagram, as well as paid-search advertising campaigns using a technique known as moment marketing, which typically focus around a specific event such as sports.

MEC will manage the paid-search campaigns. The efforts specifically for the Big Game will include an increased investment across Michelin branded and general tire terms in tandem with the TV commercial airing. This is in addition to the always-on search campaigns that runs throughout the year, according to a company spokesperson.

The cross-channel strategy aims to increase Michelin’s search presence during the Big Game and its commercial air time. The ad will air this spring in select markets worldwide.

The spot follows the lives of three individuals — a young father, a young mother, a friend — who all interrupt their lives at a moment's notice when they're needed by a loved one. It shows they do whatever it takes to be there for the ones they love. During their individual journeys, they each rely on Michelin tires to get them there.

The ad aims to balance Michelin’s long-standing message of superior tire performance with better consumer awareness about the importance of their tires as they navigate the urgent, sometimes emotional needs of daily life.