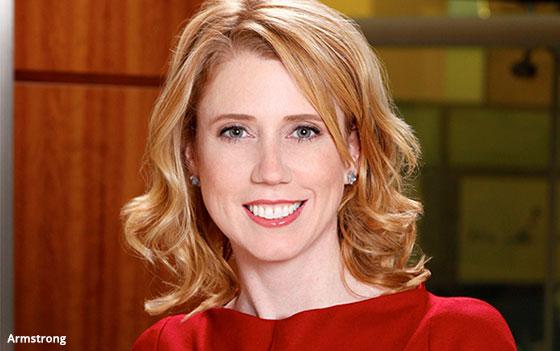 Initiative, the IPG Mediabrands agency, has reorganized its U.S. leadership team and has promoted Amy Armstrong to the newly-created role of U.S. CEO.  She’ll be supported by three regional presidents and will report to Mat Baxter, who was appointed Initiative’s global CEO in July.

A 20-plus year IPG veteran, Armstrong was most recently president of BPN U.S., a third media agency brand (in addition to Initiative and UM) created by IPG several years ago that just last month was folded into Initiative.

Prior to her BPN stint, Armstrong was President of ID Media based in New York. Previously she spent 13 years in Los Angeles leading ID Media’s West Coast operations and began her career at IPG agency Draft, now FCB.

“We are recalibrating Initiative to lead our industry into the future,” stated Baxter. “Our new executive structure is the final piece of this cultural transformation. Amy and our regional presidents will bring their areas of expertise together to ensure our clients find new ways to connect with consumers.”

Magel joined the agency in 2008 as Director of National Broadcast and most recently was U.S. president. Actis joins the agency from Neo@Ogilvy where was President of the agency’s Asia Pacific region. Earlier he served at MediaCom China, MediaVest and MRM Worldwide.