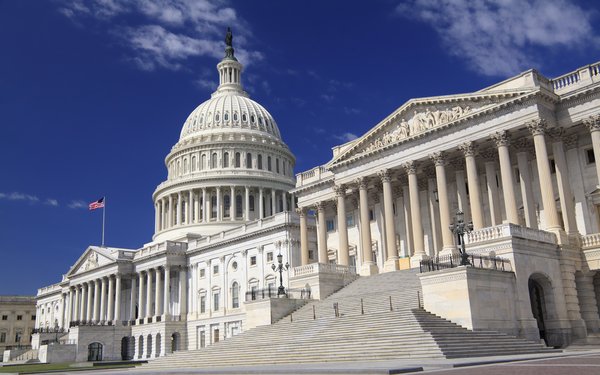 Do you want your personal email account accessible to the United States government without a judge-issued warrant? If your answer is no, then you may want to consider calling your senator and expressing support for the Email Privacy Act (H.R. 387).

The stage for a Senate showdown on digital privacy was set Monday when the House of Representatives passed the Email Privacy Act for the second consecutive year, this time by a voice vote.

Electronic communication providers, such as Google or Facebook, currently can be forced to turn over any communication that is more than 180 days old with a subpoena, per the ECPA’s regulations.

The ECPA’s antiquated 180-day policy was created before the advent of cloud-based storage. Drafted three years before the invention of the World Wide Web by Tim Berners-Lee, the ECPA has never been reformed, although the technology it regulates has advanced considerably in the last 30 years.

The Email Privacy Act would require a warrant to be obtained as opposed to a subpoena, which would require proof of probable cause and would be more difficult to obtain. A subpoena can be issued by a government agency, but a warrant requires the signature of a judge.

The American Civil Liberties Union (ACLU) cites the Fourth Amendment to the U.S. Constitution in its assertion that the ECPA needs to be updated.

"In the Fourth Amendment to the U.S. Constitution, the founding fathers recognized that citizens in a democracy need privacy for their 'persons, houses, papers, and effects'," the ACLU writes. “That remains as true as ever, but our privacy laws have not kept up as technology has changed the way we hold information. Thomas Jefferson knew the letters he stored in his office at Monticello would remain private. Today’s citizens deserve no less protection just because their “papers and effects” might be stored electronically.”

The ACLU co-signed a coalition letter to the House Judiciary Committee in support of the Email Privacy Act alongside more than 60 companies and organizations, including Adobe, Amazon, Facebook, Google, the Center for Democracy & Technology, Taxpayers Protection Alliance, and the U.S. Chamber of Commerce.

Introduced annually by Representatives Kevin Yoder, (R-Kansas), and Jared Polis, (D-Colorado), the Email Privacy Act has gained widespread bipartisan support since lawmakers began advocating for it in 2013. The privacy legislation had more cosponsors than any other bill in the 114th Congress (2015-2016), gathering the support of 194 Republicans and 115 Democrats.

The Email Privacy Act passed the House last year in a rare unanimous decision, but was later mired in the Senate after a series of edits by lawmakers weakened the privacy bill.

Senator Jeff Sessions (R-Alabama), currently awaiting confirmation as the next Attorney General of the United States, proposed one major amendment that granted law enforcement the ability to demand information from technology companies without a warrant if the government believed an emergency situation existed.

The lead sponsors of the bill in the Senate -- Sen. Patrick Leahy (D-Vermont) and Mike Lee (R-Utah) -- eventually withdrew the bill from consideration due to concerns that the amendments would make electronic communication even less private than it is now.