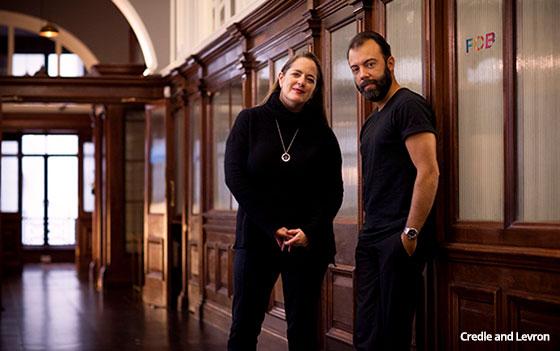 As worldwide creative partner, he will not be tied to a single city, but will travel to the network's various locations to provide on-the-ground support for creative assignments. He reports directly to global chief creative officer Susan Credle.

The creation of Levron’s new role is part of the network’s new “Never Finished” brand positioning. FCB defines “Never Finished” work as ideas that are both “legacy making” and “equity building,” for brands. It cites as Cannes-winning work for NIVEA – in particular the  “Sun Band” and “Dolls” initiatives – as examples.

Talent plays a big role in that ambition, says Credle. “Not only does this require more than our fair share of amazing talent, but we also have to scale that talent. Putting Fred in this new role is a big step toward that goal,” she said in a statement.

Levron is an award-winning creative with more than 100 international creative accolades. He has won a Cannes Gold Lion each of the last seven years. And the One Show Awards named him one of the top three creative directors globally in 2014.

He already has a strong relationship with the team having worked with FCB on a project basis in the U.S. for several months.

"There are very few people I have met who are uniquely qualified for this position," says Credle. "It requires strategic prowess, a strong sense of self, the ability to assimilate into different cultures around the world and, above all else, a very high creative standard that our agencies and clients will value. That’s Fred.”