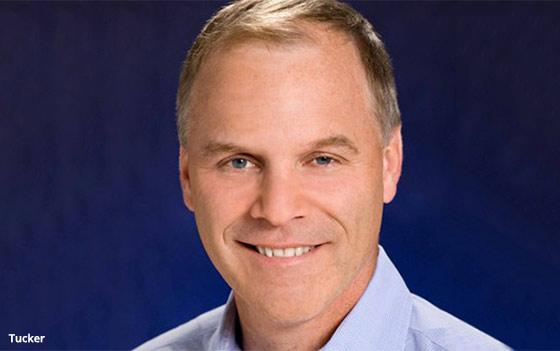 Bill Tucker, the former Starcom MediaVest Group executive and more recently EVP-media relations at the 4As, has left the agency trade organization and will be joining the Association of National Advertisers shortly, the marketer trade group has confirmed.

Tucker will have a dual focus in his new EVP role at the ANA. He will oversee the group’s efforts concerning the industry’s digital media supply chain, focusing on issues such as ad blocking, viewability and fraud as well as the overall adequacy of the supply chain.

Tucker’s remit also includes oversight of the group’s B2B activities. The ANA acquired the B2B-focused Business Marketing Association in 2014 and 25% of its membership is now composed of pure B2B players, according to ANA president and CEO Bob Liodice.

Tucker’s appointment comes during a time of strained relations between the agency trade group he recently left and the marketer group he is about to join.

The main area of contention is so-called “media transparency,” and the relationship between marketers and their roster agencies that plan and buy their media. It’s been an issue on and off for years, but gained new traction in 2015 when former MediaCom CEO Jon Mandel made a presentation at an ANA conference alleging that rebates and kickbacks from media companies to agencies are a fairly common occurrence in the U.S., often without the knowledge of agency clients.

That led the ANA to commission an investigation by K2 Intelligence, which issued its widely reported findings last June, essentially confirming Mandel’s assertions. The 4As rejected the report as well as follow-up recommendations developed by Ebiquity.

That said, Liodice stressed that Tucker’s remit does not officially include the media transparency issues covered by the report. That area has been and will continue to be overseen by Group EVP Bill Duggan, who also has oversight of a separate but related Production Transparency Task force that the ANA created last year to explore commercial production practices.

That task force was put together after findings by K2 Intelligence that some agencies were pressuring production houses to submit bids for work with inflated pricing — known as “check bids” — so that the agencies could submit lower bids to clients while presenting the higher priced offers and suggesting that due diligence had been carried out.

Given Duggan’s ongoing focus on the media transparency issues, it just “made sense” for him to continue oversight, said Liodice. Of course, Tucker, given his background, has insights into those issues that can be tapped by Duggan and others at the organization as needed, Liodice added.

The Production Task Force is still gathering information and will determine at a later date what conclusions to release publicly or whether a third party should be retained to conduct a broader probe.

The U.S. Department of Justice launched its own probe into commercial production practices last year. Liodice said the ANA Task Force is not working with the DOJ, although the latter has obtained K2’s findings on the matter.

Before joining the 4As in late 2013, Tucker served as president of global client operations for Publicis Groupe's Starcom MediaVest Group. Before that he was CEO of MediaVest for five years.

According to Liodice, Tucker had indicated to him that he was interested in returning to a “client side-focused role like he had at MediaVest.” The timing was right because the ANA has been growing — its staff has climbed from 28 in 2003 to 115 currently.

“We’ve expanded into a range of marketing, media and measurement activities,” said Liodice. “As we’ve grown, so have our executive leadership needs.” Tucker’s expertise in media made him right for the role, he added. With Tucker’s addition it will be the first time that the ANA has had one executive singularly focused on the digital supply-chain issues that are part of his remit.

And B2B marketing has become a “strategic imperative” for the industry and the ANA, said Liodice. “It’s no longer a stepchild.”