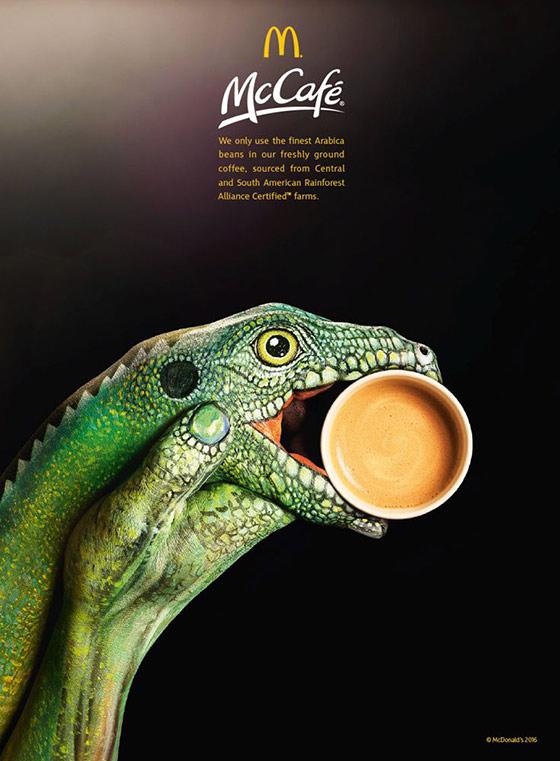 Leo Burnett's “Hands” ad series for McDonald's has been selected to become part of the permanent collection at the Poster House museum in New York City. This is the first time any Leo Burnett work has appeared in a museum.

The poster and print ads will be exhibited alongside other examples of contemporary art and design used in advertising, including the “well-raised fish from the cleanest parts of the Adriatic sea” campaign by Croatia's Cromaris and agency Bruketa & ini OM.

For the "Hands" series, Leo Burnett commissioned artist Guido Daniele to paint striking imagery of animals native to the rainforest on to hands holding the coffee against a black background. The creative supports the chain's McCafe offerings, highlighting how McDonald's uses high-quality Arabica beans from South and Central American Rainforest Alliance Certified farms.

Launched in September 2016, the campaign appeared in national UK press and weekly glossies, as well as  online animated films that ran on social media.

"You always hope to create something iconic and memorable, something that has the chance to live on in popular culture in some way," says Chaka Sobhani, chief creative officer, Leo Burnett. Sobhani said the agency was honored to be chosen "as part of this illustrious permanent collection" and grateful that more people will have an opportunity to see the work.