Be Ready: Life, Drones Come At You Fast 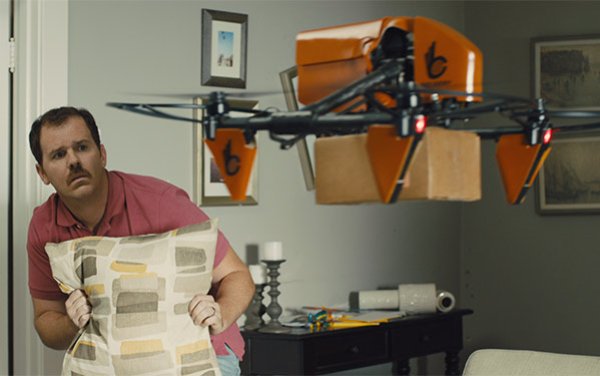 Unlike typical insurance advertisements that feature problems that people could face today, this campaign takes it one step further. It highlights potential problems of tomorrow, like a drone unexpectedly flying into your living room window.

The 30-second spot begins with a voiceover saying: “The future will bring new surprises.” Then a delivery drone breaks through the window of a man’s home, and drops the package on a glass table, destroying it.

"AAA was originally founded to support a controversial new activity that many in polite society thought was too dangerous—driving cars," says John Matejczyk, executive creative director, MUH-TAY-ZIK I HOF-FER.

"This spot is a reminder that AAA is always looking toward the future, developing whatever is necessary to help members take it on."

Ads will appear on TV, print, digital, and social channels. There are AAA clubs in 23 states and the District of Columbia, and each club has the option to place a buy of this campaign. It is not yet known how many will run this initiative.