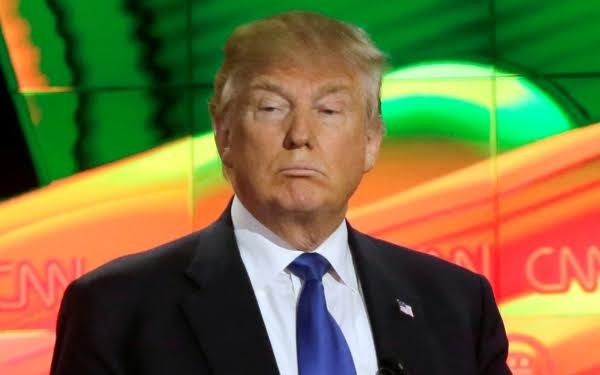 I have long hesitated to take up the topic of “fake news” here in the TV Blog for a couple of reasons.

For one thing, Donald Trump’s use of this phrase is not technically a TV-only subject, since the casual manner in which he bandies it about is meant to encompass all of the best-known mainstream news brands -- some TV, some not.

Generally speaking, his targets are The New York Times, The Washington Post, CNN, MSNBC, the broadcast networks, even Fox News Channel on occasion, and others.

This subject is discussed widely on TV, of course, and it’s also true that Trump’s use of the phrase gets replayed on TV in the context of these conversations. The speeches in which he levels these “fake news” accusations are aired widely too.

This whole “fake news” subject doesn’t originate with TV news either. As I understand it, “fake news” became codified as a “thing” during the presidential election campaign last year when dubious or downright false stories were disseminated on the Internet -- particularly on social media such as Facebook -- in order to discredit and/or cast doubt upon the candidates.

Cut to the present day and Trump, in his usual shallow and ill-considered way, has decided to take this phrase and apply it more or less universally to all “media.” He likely feels confident that his followers will buy what he’s saying, since that’s what they did all during the entirety of his campaign.

There have always been people willing to lap up what the Trumps of the world tell them to believe. Mencken coined a phrase to describe them -- the “booboisie.” They are apparently alive and well today.

Trump is so confident that his booboisie base will support him no matter what he says or does that he is now evolving from claims of “fake news” to labeling the entire news media as the “enemy of the American people.”

It used to be assumed in this country that no matter what its faults, the news apparatus -- protected as it is by the First Amendment -- is a necessary part of our civic life that, in its own unique way and at its best, exercises a “check” on government.

We have also long been aware that the news media frustrates various presidents and other public figures. Some of them might disdain or downright detest the press, but none that I can think of in my lifetime ever described the news media as some sort of public enemy -- like Capone or Dillinger or Osama Bin Laden.

As is customary for Trump, he has taken this phrase -- “fake news” -- and is now applying it to situations where it was never meant to be applied.

In my own consideration of “fake news,” I have long focused on the items that are presented on the Web sites of even the most “legitimate” news organizations that are often (but not always) labeled as “Sponsored Content” (or some variation such as “Paid Content”).

You know these stories. They often show a photo of a celebrity over some teaser copy like “You won’t believe what [so-and-so] looks like now!” Another example was one “story” that was in wide circulation recently that purported to report on stars who have had so much trouble getting acting jobs that they have had to -- heaven forbid -- take on real jobs.

Exhibit A was the actress Julia Stiles, who supposedly had resorted to waitressing, according to the teaser. Confirmation of this was nowhere to be found, however -- either by clicking on this “paid” content or searching elsewhere on Google.

To me, this is fake news -- the kind of stuff that we all used to assume without hesitation was fake when we would encounter it in the supermarket checkout line. Elvis is still alive? Funny headline, but there is no way that’s true, right?

The thing is, ordinary people -- that is, people who do not work in the news business or otherwise keep up with it in any way -- often don’t know fake news from real news.

I remember once when I was the TV editor at a New York newspaper, a woman called one day to ask if WCBS-TV was the CBS station. And I realized then that we newspeople take our readers’ (and viewers’ and listeners’) knowledge of what we cover too much for granted.

Perhaps a renewed emphasis on teaching civics in our nation’s schools could help many people in this country to better understand the vital role the news media plays in our democracy.

Trump could probably benefit also from some instruction in this area. Don’t hold your breath waiting for that to happen.