Invisalign Highlights The Power Of A Smile 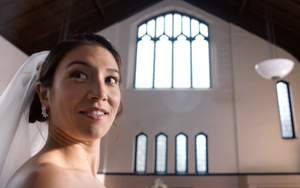 The effort will simultaneously target dentists, orthodontists and consumers. It is part of a new global brand identity for the Invisalign brand and is designed to reinforce Align’s commitment to establishing clear aligner therapy as the standard of care for orthodontics.

The campaign. “Made to Move,” from Colle+McVoy, includes spots for TV, print and online. The campaign focuses on the innate desire that all people have to move forward and to advance in life, and highlights the powerful role that a smile can play in every aspect of life.

Align started working with C+M in August 2016. The new brand identity and campaign is designed to create strong emotional connections with audiences around the world while also bringing Align’s digital technology to life in a way that is meaningful to doctors and consumers.

“Our decision to make an investment in unifying brand communications globally reflects the consistent themes and benefits we see across all customers and potential patients worldwide,” Pascaud says in a  release.

The campaign kicks off in the United States and will follow in Europe and Asia in the second quarter. The media buy is still being finalized, and will have a strong digital component. The campaign is open-ended, and new content will continue to be added to keep it fresh, said a company spokesperson.