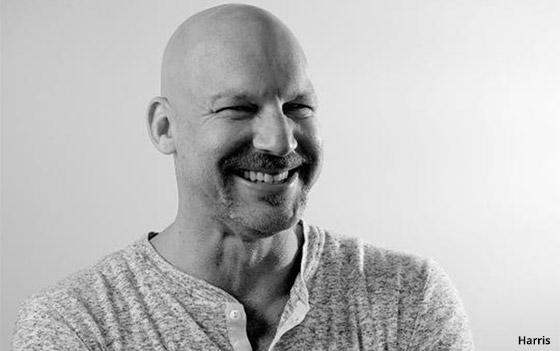 Dentsu Aegis B2B agency gyro has appointed ad veteran Mike Harris as global chief strategy officer, technology. He will be based at the agency’s San Francisco operation and will report to gyro Global CEO and Chief Creative Officer Christoph Becker.

Harris, who has won many awards for his work, will focus full time on devising marketing strategy for one of the shop’s major clients — HP. Harris knows the client well. Most recently, he was global chief strategy officer at 180LA, where he is credited with leading the creation of HP’s “Keep Reinventing” platform.

Before that, Harris was president and CEO of DDB California and its healthcare-focused operation Remedy where he helped reshape their global strategy.

Harris began his career on the account side at Y&R, working on Chevron’s “Talking Cars” campaign. He served at Goodby Silverstein & Partners and TBWA\Chiat\Day, before landing at McCann where he helped launch San Francisco-based twofifteenmccann while also serving as EVP, global creative strategist for McCann Worldgroup, handling the Coca-Cola business.

“There is nothing more powerful than human relevance in business, and Mike is a true representation of that,” stated Becker. “He is business-savvy, obsessed with creative excellence and fluent in all of the new technologies that are driving the future of our business,” said Becker.