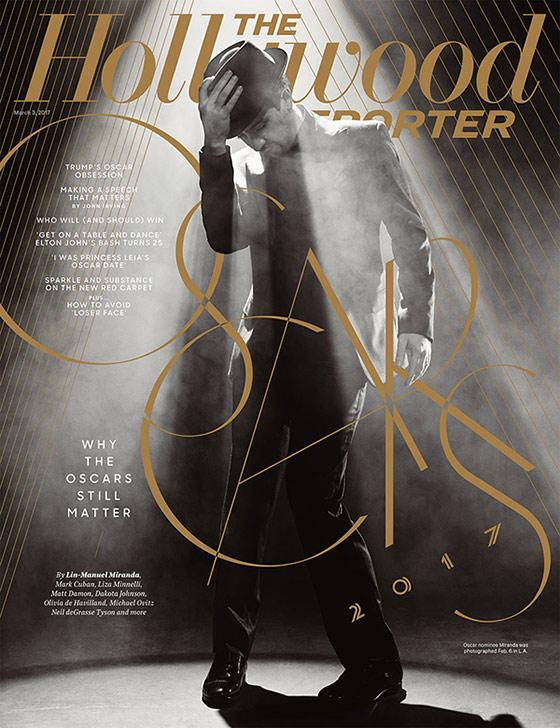 The Hollywood Reporter has pulled out all the stops for the Academy Awards this Sunday.

At 188 pages, this year’s special issue for the Oscars is THR’s biggest magazine to date. The issue is roughly half editorial and half advertising, from brands like Gucci, Versace and American Airlines.

“These are luxury brands that seek to reach the Oscars universe. We are that bridge between luxury fashion industry and the entertainment industry,” editorial director Matthew Belloni told Publishers Daily.

Belloni has held the title for about two weeks, replacing Janice Min, who on a new role at THR’s parent company, The Hollywood Reporter-Billboard Media Group. Belloni has been at the publication since 2006.

Last year’s Oscars issue was about 180 pages; it usually averages around 160. Its regular weekly issues are between 80 to 100 pages.

“The Oscars are kind of like our Super Bowl. It’s like our September issue of Vogue. It’s our best opportunity to show off what makes this brand unique,” Belloni said.

In a memo to staff, Belloni wrote that in the issue: “Readers will learn about everything from Lin-Manuel Miranda’s Seabiscuit dance to how David Geffen spends his free time hunting for rare movies.”

Belloni said one of his favorite pieces in the issue is a poll THR commissioned to see which films Hillary and Trump voters preferred to win the Oscar for Best Picture. Trump voters were vying for Hacksaw Ridge, while Hillary voters were behind Hidden Figures.

THR is now the biggest entertainment news site, according to the latest comScore data from January, with 20.5 million monthly views across platforms.

“Five or six years ago, we weren’t even players in this space, now we are bigger than the other national entertainment news brands,” Belloni said.

Belloni said the growth is “a testament to the content,” as well as THR’s investment in all aspects of its coverage and business.

“We have been firing on all cylinders,” he said.
academy awards, celebrity, magazines
Next story loading