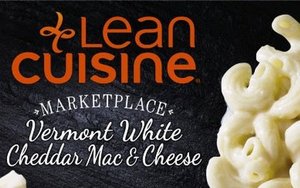 U.S. sales of frozen foods in collective categories of dinners/entrées, pizza, side dishes, and appetizers/snacks had overall sales of $22 billion in 2016—almost identical to their sales total four years ago, according to estimates by Packaged Facts in a new report on the sector.

The category has been hit hard by consumers’ growing attachment to fresh, organic and “clean” foods; retailers’ greatly expanding offerings of prepared foods for take-out; and to some extent, the meal-kit trend.

Still, given the mega trends, flat may actually be something of a victory for the category.

Certain sub-categories continue to be staples although many of their penetration levels are lower than in frozen foods’ heyday.

Packaged Facts estimates that frozen vegetables are used in three out of four U.S. households; frozen potatoes and frozen pizza are consumed in about 60%; dinners and entrées in 40% to 45%; and frozen snacks in more than a third.

Most encouragingly, the researcher’s survey data show that 90% of consumers buy packaged frozen hot meal items for heating or microwaving at home, a share that’s up by 15 percentage points in just two years.

That and other positive trends in some subcategories and some brands reflect major investments by leading frozen food makers in revamping and marketing existing products and lines and launching new offerings — most of which are a far cry from your mother’s frozen products.

For example, the repositioning of Nestle’s Lean Cuisine brand (including its Vermont mac and cheese, above, touted as having organic pasta and no GMOs), from a “diet” line to a “healthy lifestyle” brand, has revived sales, according to the brand. Pinnacle Foods’ Birds Eye frozen products have also seen sales improvement after introducing innovative new lines such as Flavor Full and Protein Blends.