The Low-Budget Engine Behind The Trump Boycott 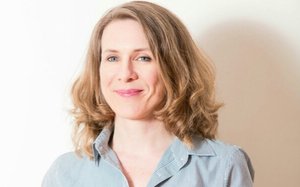 She may be an accidental activist, but marketer Shannon Coulter says she is getting used to the power of her #GrabYourWallet movement. At last count, she calculates sales of Trump-branded products have fallen 61%, and retailers have dropped some 3,600 products.

Companies like Uber, Nordstrom and Neiman Marcus have backed away from Trump, at least in part because of the boycotts, and she says she won’t stop until those products aren't sold anywhere. She tells Marketing Daily more about the movement’s traction.

Marketing Daily: First, so much been written about you and the start of @GrabYourWallet, which was sparked by the release in the infamous “Access Hollywood” “Grab ‘em by the pussy” tape back in October. Since then, many stores have stopped selling these items. How does that feel?

Shannon Coulter: Empowering. And right from the beginning, I could tell from the initial response that there was a lot of energy around this, that people were looking for something peaceful and constructive they could do. People just wanted to feel like they had some little sense of control.

MD: Your site is very low-tech — more or less a spreadsheet, and then there’s your Twitter feed. How much does it cost?

Coulter: I know! It was something like $50 for the domain, and then we spend another $20 or so a month for hosting. And people have given me some pro bono help, but the cost is really negligible.

MD: Are you surprised at the impact #GrabYourWallet has had?

Coulter: Actually, no. There’s so much energy out there, and so much concern and people just want to be able to do something. When I went to the Woman’s March in Washington D.C., I got a much fuller picture of how big this is, and why. This is so much more than partisan politics.

Coulter: If someone like Mitt Romney or Carly Fiorina had won the election, there wouldn’t be boycotts like this, or protests. People are concerned about basic human decency.

MD: Boycotts like this have been big news this year, whether they’re anti-Trump protests, or pro-Trump reactions, like the immediate move to boycott Budweiser when some people felt it took a pro-immigration stance. Do you feel like you helped fuel that?

Coulter: Oh, no. Boycotts have a long history of being effective, whether it was people protesting child labor or apartheid. They are a very safe way to protest. You don’t have to hold up a sign or march in the street. They are very quiet. Our research indicates that for every person actually contacting a company to voice their concern, there were three people just quietly not buying. It’s a small thing you can do, but effective. Also, Donald Trump helped popularize them, whether he was calling out Fox News or Macy’s or Megyn Kelly.

MD: Every boycott seems to have a backlash. Last week, Ivanka Trump’s fragrance was one of Amazon’s best sellers. Do you worry that you might be driving people to buy Trump products?

Coulter: No. We’ve had 19 companies drop Trump products, so one little publicity stunt — and at that, buying up an item at one of the lowest price points — doesn’t mean much. I don’t want to sound snobby, but we know from Brookings Institute research that while things were close at the polls, they’re not at the cash register. People who voted against Trump have more money.

MD: Most of the companies you include in your boycott are there because they carry Trump family brands. Talk to us about L.L. Bean, which is on the list because of contributions to Trump from Linda Bean, a board member. What could Bean do to get off the list? They can’t exactly kick her off the board.

Coulter: Yes, they can. A recent news story referred to her as a “walking, talking PR nightmare.”

MD: Under Armour isn’t on your boycott list, a company that recently landed in controversy because CEO Kevin Plank called Trump “an asset” to the country. Why?

Coulter: We don’t boycott companies just because they have bone-headed CEOs. But it’s a good example of how seriously being associated with Trump can harm a brand. One company downgraded Under Armour’s stock on the basis of reputation risk. It was disastrous. And to make those comments right in the midst of the immigration rallies? It was the single worst unforced PR error I’ve ever seen.

MD: How long are you going to keep this up?

Coulter: Until all the companies have dropped Trump family brands. So many companies rely on women as their core consumer. We are already making an impact, and will continue to do so.

MD: How much time does #GrabYourWallet take?

Coulter: It varies. I spend a lot of time talking to the press, depending on what’s happening in the news. And I run a boutique marketing firm, with mostly tech and education clients, nothing political. Fortunately, I’m a night owl.