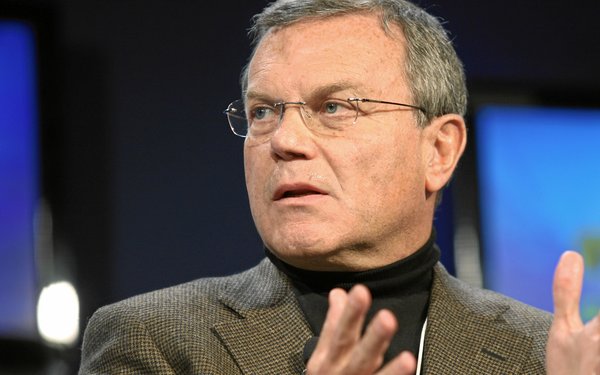 Amazon only accounts for an estimated $1.2 billion of digital advertising revenue, but the data the company collects from a variety of services seems to have WPP CEO Martin Sorrell a bit worried.

"The answer to the question 'What worries you when you go to bed at night and wake up in the morning?' isn't a 3-month-old child," Sorrell said during the company's fourth-quarter earnings call.

The wife of 72-year-old Sorrell recently gave birth to their daughter. "It's Amazon — which is a child but not three months," he said.

Even prior to the earnings call, the chief of the biggest advertising agency holding company named Amazon as the most worrisome company during an investors conference in January.

While Amazon continues to build out its advertising services and tools for its own network on the Web and by using voice-activated searches on its artificial intelligence-powered device, Echo, it also purchases advertising on Google shopping to broaden the reach for advertisers.

This has enabled Amazon to build a database of information on the way people shop and use its services such as Amazon Prime. It gives the company insight into the ways that people watch television and view movies.

Micro trends that influence WPP's business include the Google-and-Facebook duopoly that represents about 75% of spending in digital media, but Snap’s IPO is an opportunity for more balance in the marketplace.

"We're probably going to witness a significant battel between Amazon and Google over search," Sorrell said during the earnings call.

The combination of Yahoo and AOL will also likely take place later this year in April, he said.

Amazon also collects data from its grocery and delivery services. Although the company trails leaders such as FreshDirect and Peapod, it's ahead of some rivals on its ability to retain customers, according to eMarketer. About 54%, of its customers repeated an order within 30 days of their first order in January through October, outpacing Peapod and Instacart. Only FreshDirect led Amazon with a 58% retention rate.

WPP recently opened up an agency in Seattle, Amazon's hometown, to work with the e-commerce giant.