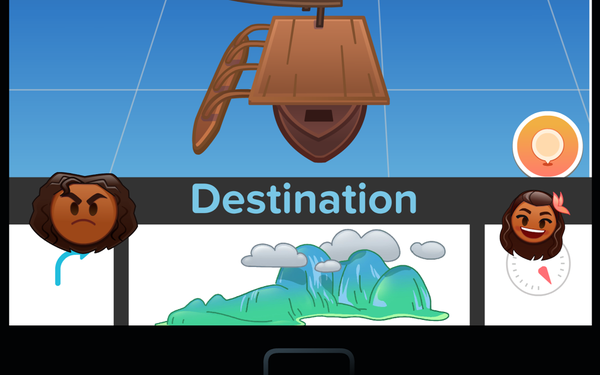 The Walt Disney Co. premieres on Tuesday the third digital season of its As Told By Emoji series, but this time the entertainment company took on three sponsors to support the content.

Produced by the digital media team at Disney Consumer Products and Interactive Media's (DCPI), the new season of As Told By Emoji highlights the Oscar-nominated Disney film Moana.

The series has become so popular that it has built a massive fan following of more than 125 million views to date, and is created in collaboration with the original filmmakers.

Ron Clements and John Musker, directors of Disney's movie "Moana," believe that seeing the movie play out in the emoji format is almost like "seeing an alternate reality version of our movie." Most emoji versions are a few minutes in length, but Disney has also created longer versions. All focus on entertaining the GenZ and Millennial generations.

For the first time, the new season brings in sponsors Adobe, Best Western, and Pop Secret. "The integration feels natural and they lead into the storylines well," said Michael Hundgen, director of content at DCPI.

The advertisers will each present an episode featuring unique and product integrations with Adobe creating a custom campaign and contest to support the series.

DCPI's series As Told by Emoji, which supports the movies that each is named after, is powered by Adobe. Disney uses Adobe Creative Cloud from the first step of character creation to the last step of compositing. With the sponsorship, Adobe has also created a contest.

For the As Told By You Contest, Adobe invited students worldwide to create their own Disney Emoji characters. Five students will win a trip to Los Angeles to spend five days with Disney’s marketing and production departments to see how the team uses Adobe Creative Cloud to bring their imaginations and creative thinking to life.

Guardians of the Galaxy As Told By Emoji will premiere in April, and also features Adobe product integration.

A massive campaign around search engine optimization (SEO) for desktop and mobile, running on search engines Google and Bing, supports the content posted on a variety of sites. It makes it easier for people who start searching for the content from a search engine to find it. "Our organic reach is huge because of the earned media we previously secured," Hundgen said.

When asked whether the majority of the content video views are immediate, Hundgen said it depends on the platform. On Facebook the majority of content views come within 24 to 48 hours. On YouTube the views mostly come in the long tail. In the past 28 days, the series has received another 3 million views on top of the 125 million since launch.