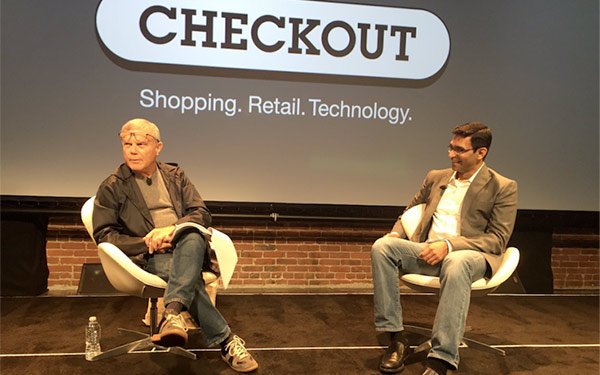 Speaking at WPP’s first annual Checkout conference in San Francisco last week, Kiran Mani, managing director of retail for Google, offered some striking statistics about the changing retail landscape, including the fact that foot traffic in U.S. retail stores during the holiday season has fallen precipitously in recent years -- from 41 billion “footfalls” in 2011 to 16 billion in 2016.

And while ecommerce has had a notable impact on retail, there is a general perception that its impact is greater than it actually is. “The ones that won the retail battle this time were the ones who saw it as a single channel,” said Mani, and not brick-and-mortar venues versus digital outlets.

“The fundamentals of retail have not changed over decades,” Mani added. And the rise of e-commerce has in some ways distracted retailers from maximizing returns and potential.

Great products, brand image and the supply chain are the three “basics” that good retailers get right, Mani told the Checkout crowd. Digital in turn has created an almost obsessive “jostle for data,” that has resulted in retailers being distracted from executing the basics properly.

Basics have been transformed into “data points,” which are used to shorten planning cycles, reduce spillage and speed up processes. The problem is those chasing the data often do so “without knowing what to do with it,” Mani asserted. There’s been a resulting erosion of trust between retailers and manufacturers, he said.

WPP CEO Martin Sorrell, who shared the stage with Mani, said the “commonality of interests” between retailers and manufacturers. Both executives agreed that sales and marketing departments on the client side need to be better integrated to achieve full value of products and services.

As he has noted before, Sorrell said that in today’s tepid economic environment, clients are too focused on the cost side of their businesses and not enough on top-line revenue growth.

Pricing pressure remains a key challenge for marketers who frequently rely on discounting to make sales. “Value generation has been left out of the equation, and there’s a huge opportunity to bring it back,” said Mani.

Part of the solution, Mani said, is that marketers and retailers should stop focusing on digital and get back to doing what they do best, which is finding the right merchants and stocking shelves with products in the most appealing manner.

Leave tech to the tech experts, Mani said. Coming from a Google executive, that seems like a pretty self-serving comment. But some marketers in the audience agreed with him.

One executive at a well-known fast-moving consumer goods giant said he “appreciated” Mani’s statement, noting that his 100-plus-year-old firm is “still defining things that are evolving in the 21st century.” Sometimes, the executive said, “we need a translation.”

Additional points stressed at the conference: Voice search such as Amazon Alexa will be a huge part of consumer behavior in the future. And customer experience is everything. The consumer narrates fluidity between digital and physical environments — ato Mani’s point that mobile has emerged as the dominate search channel for consumers. Brands must design those environments together to be seen as simple and helpful.