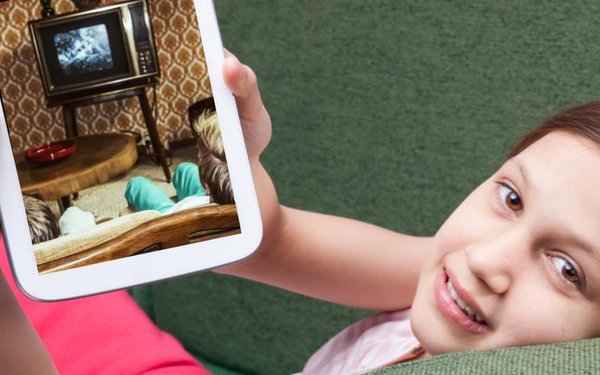 Nearly six years ago, the kids TV marketplace was shaken when Nickelodeon suddenly experienced a massive and inexplicable audience decline. Not surprisingly, the brass at parent Viacom pointed their fingers at Nielsen, implying that the drop wasn’t necessarily a change in viewing behavior among kids, but was due to the methods that Nielsen uses to measure them.

As the 2017-18 kids upfront season gets underway, the children’s TV advertising marketplace is still smarting, and once again, fingers are being pointed at Nielsen.

The situation has become so acute that some kids programmers are ramping up their own independent measurement approaches --  not just to get a better read on their linear TV audiences, but for their “cross-platform” viewers as well.

“It is going to be incumbent on us to provide as much opportunity as part of our deals with clients,” says Rita Ferro, president of advertising sales for Disney-ABC Television, speaking just before a number of kids upfront presentations are to take place.

Ferro says Disney’s approach “is not 100% ready to take to market yet,” but initial findings indicate double-digit gains in the percentage viewers available to its shows when time spent viewing across all the platforms they are distributed on are factored in.

Disney isn’t alone. Viacom’s Nickelodeon has been developing its own audience measurement too, and Time Warner’s Cartoon Network says it does “custom” audience research for virtually all its advertisers.

“All of the networks have seen some softness in [Nielsen] ratings,” Ferro acknowledges, adding: “We’ll continue to see some [linear TV] ratings declines as kids take up other devices.”

Nickelodeon estimates the overall supply of kids TV 2-11 ratings points is currently down 8% versus last season.

Here’s how each of the major kids channels performed in terms of 2016 total viewers vs. 2015, according to Nielsen estimates:

The picture is even more mixed when you consider what has happened with the supply of inventory kids advertisers actually buy -- Nielsen’s 2-11 demographic ratings -- year-over-year:

While Nickelodeon’s 2016 delivery was flat, it is nonetheless down nearly 40% from where it was in 2011, when the big kids GRP exodus first began.

Given the sometimes counterintuitive -- less is more -- nature of the network television marketplace, the contraction in the supply of kids rating points has actually put some pressure on demand, especially during the so-called “hard ten” weeks leading into the holiday season at the end of 2016.

Any upward price pressure was likely offset by the fact that the “under-delivery” of kids ratings guarantees to advertisers likely forced many networks to relinquish higher levels of “makegood” inventory that otherwise could have been sold.

This is the environment the major kids television suppliers are looking at as they head into 2017-18 negotiations with advertisers and agencies. And nearly $1 billion is at stake. Advertisers spent nearly $800 million on last year’s kids upfront, and roughly $1.1 billion in the full-season kids TV advertising marketplace.

Given the contraction of supply leading into it, the 2016-17 kids upfront was a bit of a stampede, and marketers paid as much as double-digit percentage increases for kids ad inventory, which presaged a relatively strong overall network television ad mark 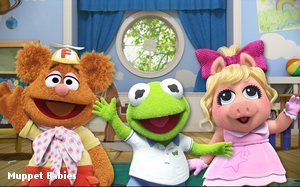 Right now, things look a bit calmer. At least from a buy-side perspective.

Media buyers also expect to see less pressure due to the expansion of audience impressions from non-linear TV sources. And the supply of linear TV kids programming -- if not actual audiences -- is also expected to expand, as Sinclair Broadcast Group weighs the launch of a new national kids cable TV network this summer reaching as many as 90 million households.

A Nickelodeon spokeswoman says “non-endemic” kids advertising targeting a broader family audience is also strong. Retail and brand marketers such as Walmart, Procter & Gamble and Toyota have proven to be big spenders on its channels.

In fact, the “co-viewing” of parents and kids has offset some of the contraction in pure-play children ad dollars for kids networks, with increasing demand from brands targeting families in the technology, retail and houseware categories.

“We are having as many conversations with non-traditional as with traditional [children’s category] advertisers,” says Joe Hogan, executive vice president of portfolio sales and client partnerships at Turner Ad Sales.

He cites retailers, fashion and electronics brands in particular, citing the “kids influencer” factor as a reason for targeting families during children’s programming.

This year’s upfront aside, the longer-term picture for kids television networks is facing a paradox as they migrate their programming to digital platforms in order to follow their viewers.

Beacon’s Hirsch warns that this digital migration has caused some “age compression.

“They are getting older quicker,” he says of the audience composition of conventional kids TV programming. 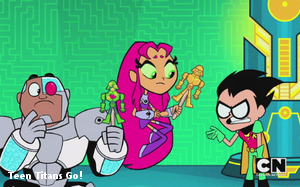 For its part, Disney now says 28% of its audience impressions are now coming from devices or platforms not measured as part of Nielsen’s official TV ratings.

“We’re expanding to include digital video and [video-on-demand] for campaign delivery,” says Sean Moran, head of ad sales at Viacom, adding: “This is going to put us in a place where folks come to us -- buy against our guarantee.”

All kids networks are expanding their distribution through digital platforms and trying to figure out how to “monetize” the incremental reach without diminishing the value of their linear TV audience reach.

Disney will launch a “Disney Now” app later this year combining its current Disney Channel, Disney Junior and Disney XD apps -- and believes it will represent a new sponsorship opportunity for kids marketers.