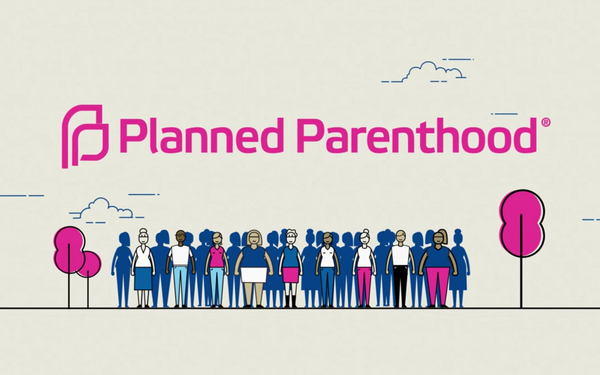 The women’s health organization Planned Parenthood is facing a steep uphill battle to retain federal funding amid a conservative duality between the Legislative and Executive branches.

In an attempt to move the debate in its favor, Planned Parenthood has launched a $1 million advertising campaign heavily focused on TV. The campaign also includes digital ads and “grassroots events” nationwide, according to Planned Parenthood executive vice president Dawn Laguens.

The TV ads target shows President Trump may watch himself. Ads will air on "Morning Joe," "Fox and Friends," as well as in West Palm Beach, Florida, markets over the weekend, while the president sojourns at his Mar-a-Lago estate.

President Trump’s own words are used against him in the ad, a technique used throughout the presidential campaign by pro-Clinton groups.

"Millions and millions of women, cervical cancer, breast cancer, are helped by Planned Parenthood,” says Trump, as the ad cuts to a Planned Parenthood patient who survived cancer. Candidate Trump made these comments during a primary debate back in February 2016.

Planned Parenthood is at a critical juncture, despite the seemingly friendly comments from Trump. Vice President Mike Pence is a strong proponent of defunding Planned Parenthood, while an anti-abortion GOP controls the entire legislative branch.

As New York magazine pointed out in January: "The main reasons people visit a Planned Parenthood are contraceptive access (31%) and STI/STD testing and treatment (45%). (Also, depending on the location, men can visit clinics for prostate, colon, and testicular cancer screenings, vasectomies, male infertility screenings and sexual-health services.)

In 2014, Planned Parenthood received about half of its funding from the federal government, a total of over $550 million, largely through Medicaid reimbursements. Over half of its facilities are in medically underserved communities, and unlike most health-care facilities, PP offers same-day appointments, longer hours, and weekend services, making access to preventive health care a reality.

For Planned Parenthood, losing over half a billion dollars in funding would plunge the organization into crisis, and set off a potentially dangerous health crisis, as low-income women have fewer and fewer health-care options. ThinkProgress estimated that defunding the organnization would cause Medicaid spending to increase by $650 million over 10 years.