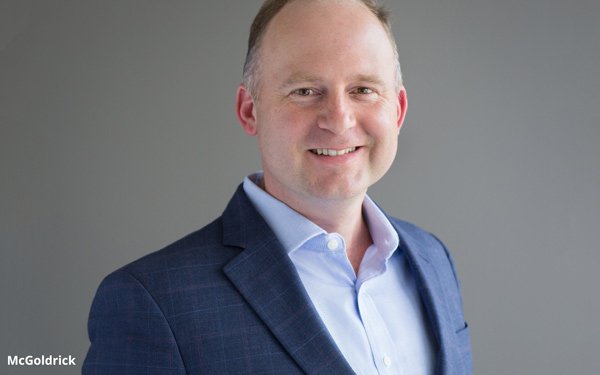 That America is a deeply divided nation seems to be a marketing given these days, but the brains behind President Donald Trump’s surprising win say brands are missing the bigger picture: People agree on more issues than marketers realize. New research from Deep Root Analytics, the audience segmentation firm that helped the Trump campaign (as well as candidates like Speaker Paul Ryan and Sen. Mitch McConnell) reveals, for instance, that 79% of Americans think the pharmaceutical industry “does great damage to society.” And 69% believe that banks and financial companies “take advantage of unsuspecting customers.” CEO Brent McGoldrick fills Marketing Daily in on the implications, especially for cause-related marketing.

Q. First, tell us a little about the new research.

A. Coming out of 2016, we had identified some very specific niches, especially in the Rust Belt. Now that the election is over and marketers have rediscovered half of America, we wanted to find out what people are thinking in this moment.

Q. What surprised you?

A. How much people from both parties want to hear from companies about what they are doing for Americans. Overall, 60% of people, including 77% of Republicans, 61% of Independents and 48% of Democrats, want to hear about companies celebrating and honoring what unites us as Americans. Specifically, they want to know about ways companies make it easier for people to live their lives.

Q. So they are in an “America First” mood?

A. Yes. And brands should take advantage of that, and talk about who they are hiring, how they make their products. That’s not to say that they shouldn’t also talk about causes like water projects in Africa. That can be very important, especially if you have a global investor base. But people want to hear more about how you’re helping Americans.

Q. Were you surprised by the intensity of mistrust of specific industries, including pharmaceuticals, finance and automotive?

A. No. When we go in to talk to brands and they give me a line about how divided America is, I make a joke and tell them, ‘They agree on one thing. They don't like you.’ Companies think they know that, but I’m not sure they realize the depth of the antipathy.

Q. How do you think those brands should respond?

A. The important point is that Americans are in a deeply anti-corporate mood, and brands shouldn’t see that as either red or blue but as a cultural moment. Instead of trying the same old lines, like drug companies saying “today’s profits finance tomorrow’s miracles,” they should humanize that. And instead of saying “Here’s how to retire with $2 million,” banks should talk more about protecting people from risk, which is what 56% of Americans want to hear about.

This is somewhat of a partisanship issue—the top subgroups who want more risk protection are women, Clinton voters, Democrats and white people. Only 33% want to hear about “how to reach your dreams.” (That includes more Republics, Trump voters, African Americans and Hispanics.)

Q. Which brands are doing that right now — creating messages that are cultural but not political?

A. For all the uproar it caused, I think Budweiser’s immigration spot did that. It included both sides of an issue in an American way—welcoming immigrants and also working hard to make a great American product. It wasn’t well received by some groups, but the ad does a good job. And the impact of these boycotts seems to be short-term.

Q. So most people are open to this idea of working together?

A. Our research finds that the majority wants the divisiveness to end, even if it means one side or the other disappoints some people. Overall, 51% of people think Democrats and Republicans should try and work together. That includes 58% of Trump voters and 51% of Clinton voters.

Q. But that means there are still plenty of people who don’t want that, and who may even be offended at the idea of working together. What about resisters?

A. Companies need to be aware of who their base is, and it’s easy to get out of whack. About 14%, over-indexing for high levels of education and white, think the country should stick to Trump’s agenda and not work with Democrats. And 19%, more of them younger, female and African American, think they Democrats should stick to their agenda.

Q. Finally, while many were surprised by Trump’s win, experts in marketing to women were especially blindsided. What’s the message for those brands?

A. I was amazed. Just amazed. When we started looking at Rust Belt markets where Trump over-performed, places like Detroit, Toledo, and Harrisburg, Penn., different subgroups of women watch TV so differently. Even when we dug into each market, looking at, let’s say, blue-collar women who are open to Trump, they watched fundamentally different TV programs. When we can find so much diversity in smaller markets, it’s clear that thinking about 50% of the population as a monolith doesn't make sense. Our mantra has become, “focus on local.” Women are very diverse, even from market to market.