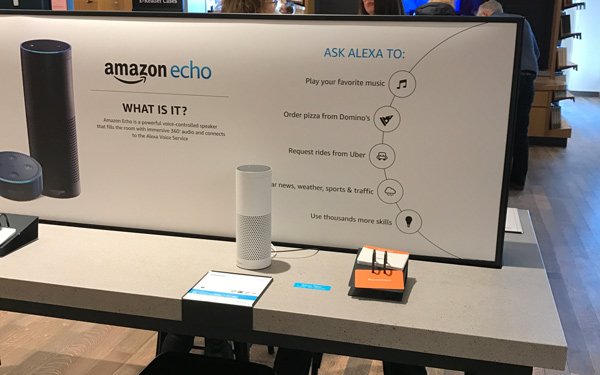 Amazon is displaying a bit of how the Internet of Things will combine with the world of brick and mortar.

I recently spent some time in the new physical Amazon bookstore at Legacy Place in Dedham, Massachusetts, one of a handful of stores the online seller opened around the country.

Unlike traditional bookstores, Amazon displays books by front covers rather than just by the spine, and each book contains a printed version of an online review, including the number of rating stars. (Curiously, the reviews are on printed paper rather than by a digital display, which could then rotate different online reviews for each book, but that may come later.)

The more interesting aspects of the store involve the introduction to consumers of the breadth of the Internet of Things.

One example is the clever aggregation of IoT products.

At other retailers, such as Best Buy or Target, smart devices often are grouped by brand or category. A most notable example involves smart or Internet-connected lightbulbs, where the products of each brand are grouped together, under the category of smart lights.

In many traditional retail displays, the products are portrayed as individual units that do a certain thing, such as a smart door lock or smart thermostat. Research has shown that many consumers can be bewildered by the individual choices with lack of knowledge on how to make all the connected things work in harmony.

The retailer sells the same types of products as traditional retailers, but transforms how they’re marketed.

On shelves under the heading of ‘Works with the Alexa Voice Service’ are smart locks, Wi-Fi thermostats and smart lights.

Amazon takes the guesswork out of which products to purchase and may even end up selling an Echo device, so the shopper can take home an entire package of connected devices that are guaranteed to work via voice through Amazon Alexa.

Any shopper not sure how Alexa works can easily head over to the Amazon Alexa display, where any passerby can hear shoppers asking Alexa various things.

Of course, it helps that Amazon has its own platform for connected devices. 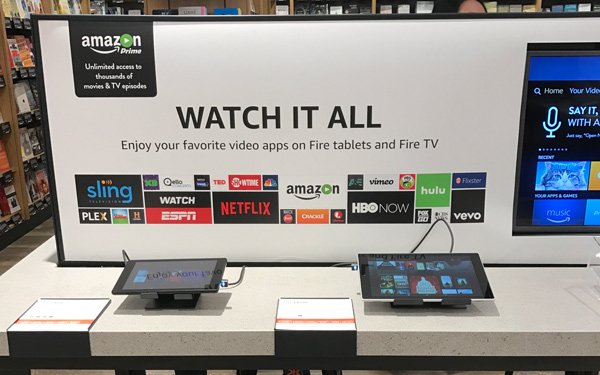 The so-called bookstore also has a major display for its Fire TV, with a rack full of various Fire TV products, such as the Fire Stick, to more easily access Amazon’s Prime TV service.

Amazon also features some connected products of others. At the end of an aisle stands a major display promoting Bluetooth Trackers with a basket full of devices from Tile.

So what’s the future of Amazon bookstores?

I remember that when Amazon first launched, many in the industry said ‘they’re just selling books online, anyone can do that.’

True. But Amazon did.

Now Amazon is ‘just selling books’ in a physical store.