DDB's Clark At The ARF Conference: Data, Intelligence At Our Core 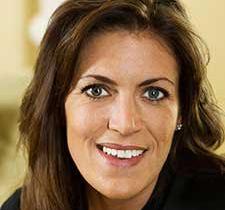 When DDB North America CEO Wendy Clark took the stage at the Advertising Research Foundation conference Monday morning in New York, she asked the audience if they were wondering -- as she was -- what she was doing there.

She was kidding, of course, and stressed that agencies understand the critical role that data and research play in developing the services and capabilities they provide to clients.

In fact, data and intelligence are at the core of the new agency that Omnicom created for McDonald’s after it won the fast food giant’s U.S. business last summer.  The 225-person agency, We Are Unlimited reports to DDB and has input from nearly 20 other Omnicom agencies, including research and data-focused firms Sparks & Honey and Annalect.

Clark threw out a bunch of statistics to show how connected the world is today, including the estimate that some 150 million emails are sent every minute of every day.

For businesses, speed is critical, or as Clark put it, it’s their “currency,” on many levels, including “speed to market,” distribution and production. And speed is essential to connecting with consumers at every touchpoint. For agencies, that translates to providing services that are “good, fast and cheap,” she added.

For agencies, the days of “force fitting” a client’s needs into a “fixed model are over,” Clark said. Agencies have to be as dynamic as the businesses and marketplaces they serve. To that end, We Are Unlimited operates in three modes, micro (moments, like a Tweet, for example), macro (stories told in TV ads and other media) and mega (trends that inform the client’s universal outreach).

Data and research are key to achieving all of that said Clark. “It’s not a proxy for decision making,” she said, but when used properly can “help fuel better decisions.”

And there a lot of decisions to make as McDonald’s generates more than 7,500 pieces of content a year in the U.S. alone.

To help Unlimited execute all the work, the staffing model is different and comprised of 70% of talent that is fixed at its Chicago headquarters, while another 20% is pulled in from sibling Omnicom agencies. The remaining 10% are third party specialists that work on a variety of projects as needed.

That model makes “how we work” every bit as important as “what we make,” Clark said. In other words, collaboration is no longer a want it’s a must. “At the root of speed and efficiency is collaboration,” she added. “You can’t move efficiently without it.”

agency, data, research
1 comment about "DDB's Clark At The ARF Conference: Data, Intelligence At Our Core ".
Check to receive email when comments are posted.
Next story loading