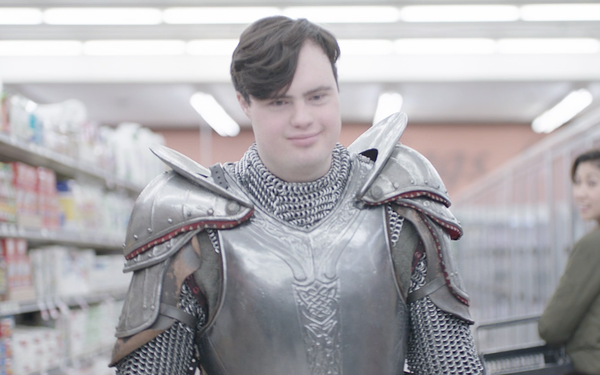 Italy's Luca Pannese and Luca Lorenzini may still be unpacking their offices as newly installed executive creative directors of Publicis New York, but they are already introducing one of their first passion projects.

Over the past five years, under their leadership, The Lucas (as they are affectionately referred to at the agency), have worked with CoorDown, Italy’s national organization for people with Down syndrome, and now, these two executives are bringing this pro bono relationship to Publicis NY for the first time.

Now, timed to coincide with World Down Syndrome Day—which is today--the #NotSpecialNeeds movement seeks to drive a cultural shift in the approach to Down syndrome awareness. The centerpiece of the campaign features the "Not Special Needs" digital film to spotlight the paradox in the term, ‘special needs.’

The film stars "Glee's" Lauren Potter and "Scrubs'" John McGinley, whose 18-year old son Max has Down syndrome, to convey how "every individual shares the same human needs, which bind us collectively together in mutual respect, empathy and understanding."

For example, a person who requires help speaking, writing or being understood, still has the same human needs we all share -- the need to communicate.

This project will be presented by a 16-year-old girl with Down Syndrome during the Conference of the World Down Syndrome Day at the UN today. The session is entitled, "MyVoiceMyCommunity,” which is billed as a dialog that addresses “Enabling people with Down Syndrome to speak up, be heard and influence government policy and action, to be fully included in the community."

In addition to the U.S. and Italy, the campaign will appear via partner organizations in France, England, Portugal and Australia.