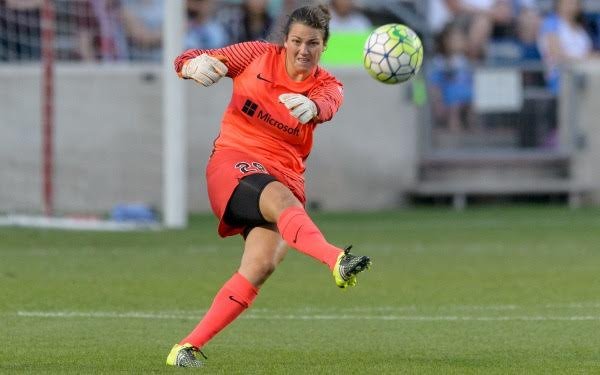 A+E  Networks launched its upfront Wednesday night in New York with a presentation to advertisers that was long on human storytelling and purposely devoid of “soulless” data.

These included a revitalization of “Biography,” once a long-time staple of A&E and backbone of its nightly prime-time lineup; the upcoming National Women’s Soccer League games announced last month and starting on Lifetime in April; the second-season renewal, for A&E, of “Leah Remini: Scientology and the Aftermath”; “The Lowe Files,” a new reality series for A&E starring Rob Lowe and his two sons, Matthew and John Owen; and others.

“A+E is a creative content company at our heart,” said A&E Networks president/CEO Nancy Dubuc. “Storytelling is the soul of everything we do,” she said. “TV is a powerful medium for great stories that become part of our very, very personal journey,” she noted, positioning “storytelling” as the theme for this year’s upfront for all of A&E’s networks.

“A&E, History, Lifetime, LMN, FYI and Viceland are cultural brands fueled by powerful stories that strike a chord, spark conversation [and] create a memory for today or tomorrow,” she said.

A+E Networks also announced an original movie for Lifetime titled “Flint,” about the Flint, Michigan water crisis starring Cher, with Katie Couric as one of the movie’s executive producers.

New shows announced for the History Channel included “Frontiersmen,” a series for History Channel that will tell the stories of American pioneers and frontier characters, such as Meriwether Lewis and William Clark, Daniel Boone and Davy Crockett. Leonardo DiCaprio is the executive producer.

History Channel is also making “The Breach,” a six-part dramatization of the Clinton-Monica Lewinsky scandal of the 1990s, and “Knightfall,” a dramatization of knights and warfare in 12th-century Europe.

The “Biography” announcement at the presentation was handled by longtime A+E programming executive Rob Sharenow, now EVP/GM of A&E and Lifetime.

“I’m incredibly proud to announce that we are bringing ‘Biography’ back,” he said. “It’s going to be a cross-brand, multiplatform, global initiative. In addition to long-form linear, there will be a robust, 360-degree digital ecosystem of 'Bio' stuff that will super-serve fans all day and all night whenever and wherever they want it.”

He then issued a challenge to Wikipedia: “Some of you already know that Bio.com is already one of our strongest digital assets. Working in conjunction with the rebirth of the long-form brand we see it growing into a global powerhouse — that will make Wikipedia watch its back.”