Next In Retail Automation: 'Find Me An Outfit Like That One' 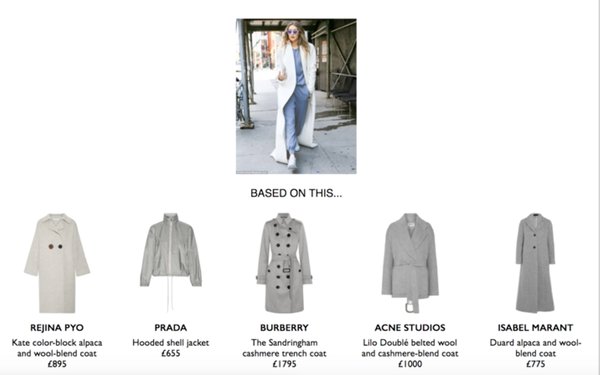 There’s little doubt about the Internet of Things changing how people buy.

Consumers already are learning to order by speaking to voice assistants like Amazon Alexa, such as ‘Alexa, order me a coffee from Starbucks.’

In cases like that, the consumer knows what is desired, in this case, a specific cup of coffee, likely one previously tried.

There could be another way, involving cognitive computing, where technology aids in deducing what is desired to be purchased.

In a roundtable discussion about retail innovation at the IBM Amplify 2017 conference in Las Vegas Tuesday, a global retail executive suggested that technology could be used to aggregate and select clothing ensembles, based on a prototype they created.

As part of its exploration with IBM Watson, Yoox Net-A-Porter, a $2 billion online fashion retailer, uploaded many images and in a matter of a few days created ‘dress like me,’ a prototype that could recommend products based on photos of fashion influencers sourced from popular blogs and Instagram feeds.

“The image recognition was able to dissect the full image into smaller portions and identify the contents of the image and dissect the different elements of the picture,” said Filippo Tasselli, platform product management director at Yoox Net-A-Porter. “It is then able to compare those portions of the image to the database of products you have uploaded.”

The general idea is that a consumer could see a photo of someone in an outfit they like and ask the retailer to suggest basically the same outfit, or at least the individual elements to be the same or the closest match to those in the photo.

A high-end fashion retailer in India also is using visual search, so that a person could take an image from the Web and search it, to find the matching outfit, said Steve Laughlin, general manager of IBM Global Consumer Industry.

“I would argue that voice will become the new user interface, so you can dialog with what’s in your catalog verbally as a customer,” said Laughlin. “Someone could call the retailer and say ‘last night at the Academy Awards there were pictures on the red carpet of so-and-so and I’d like something like that.” The system then would select the outfit.

In these cases, the shopper may not know the precise details of what they want, but in true IoT fashion, it can be determined for them.