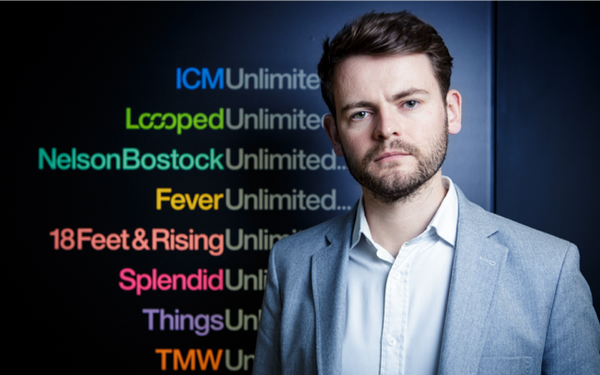 London-based Unlimited Group has appointed Ryan Wain as its first CMO as the holding company continues to unify and expand its agencies specializing in data, digital, insight, PR and advertising.

Last fall, the network, which includes TMW Unlimited and Nelson Bostock Unlimited, dropped the parent Creston moniker from its operating entities. Now, all use the Unlimited Group branding.

The Unlimited Group is a small but growing market player that went private late last year with its acquisition by Dbay Advisors, which had been a large shareholder, for an estimated $95 million. With support from Dbay, Unlmited is accelerating marketing and growth efforts.

Wain will be tasked with leading organic and new business growth with current and potential group clients across all agencies. Based in London, he will report to chairman Tim Bonnet.

Previously, Wain served as director of business development at TBWA\London and has also worked as a senior political advisor and speech writer for UK's Labour Party.

Says Barrie Brien, chief executive, Unlimited Group, called Wain "a natural communicator who will make an excellent addition to the Unlimited team and have a significant impact on our market presence and fame.”

The group is not affiliated in any way with the new Omnicom agency We Are Unlimited, although the UK entity sued Omnicom and its new agency, created to service the recently won McDonald’s U.S. business, last fall for trademark infringement. The firm voluntarily dismissed the suit in February. Settlement terms (if any) weren't disclosed.

Unlimited Group has 25 agencies with total staff of 900 in offices in the UK, Europe and the U.S.