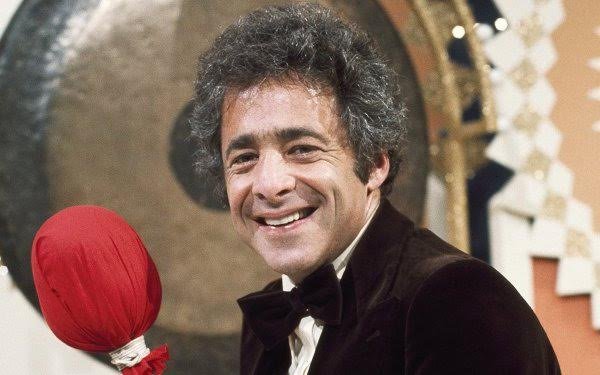 Until Kobe Bryant came along, Chuck Barris was the most famous graduate of my high school, Lower Merion, in a township on the western border of Philadelphia.

However, I never got around to exploiting this coincidence to meet Barris, who I long considered to be one of the true titans of television.

Now it’s too late. Barris died Tuesday at age 87. His obituaries said he died at home in Palisades, New York, an enclave on the western bank of the Hudson River in Rockland County above New York City.

Not that long ago, I had read somewhere that he lived on the Upper East Side of Manhattan, in an apartment building on Third Avenue in the East 60s not far from Bloomingdale’s.

It was also said that he frequented a diner located at Second Avenue and 60th Street, practically underneath the tram that connected Manhattan with Roosevelt Island. I never went in search of him there, although that would not have been difficult or inconvenient to do.

This restaurant was called the Tramway Diner and it closed in 2011. Maybe that’s why he moved upstate.

Barris’s obits said he wrote six books, but I read only one of them -- a memoir published in 1993 called “The Game Show King: A Confession.” This is not to be confused with an earlier Barris autobiography called “Confessions of a Dangerous Mind,” published in 1984.

The latter was made into a 2002 movie directed by and starring George Clooney. Sam Rockwell played Barris. When the 1993 book came out, I had no knowledge of the first one.

If memory serves, the 1993 book (which I no longer possess) included none of Barris’s infamous claims -- which were first made in the 1984 book -- that he spent part of his life as a secret operative for the CIA.

This part of the Barris story has never been verified. Barris may have just made it up for reasons that made sense to him at the time, but to no one else. The man was a showman. He also gave an impression that he was somewhat of an eccentric.

Maybe it required an eccentric mind (if not a dangerous one) to triumph as Barris did in the television business of the 1960s.

For those of us of a certain age, Barris’s biggest hits from the psychedelic decade -- “The Dating Game” and “The Newlywed Game” -- survive in our memories as Day-Glo icons of the era.

That was especially true of “The Dating Game” with its mod set decorated in a pop art floral motif, and its eligible bachelors in bell bottoms and bachelorettes in miniskirts.

Inventing “The Dating Game” and “The Newlywed Game” took a certain kind of genius. Perhaps the same can be said about “The Gong Show,” but Barris himself seems to have had a love-hate relationship with this particular creation of his.

In his 1993 book, he wrote about how he made himself the show’s emcee, and later regretted that he played the role like a five year-old trapped in a grown man’s body.

Up until that time, he had been a successful producer of hit TV shows who commanded respect in Hollywood. While “The Gong Show” was also a hit, it made him a laughingstock.

At least, he felt that way. And with the benefit of 20-20 hindsight, he wished he had not done so.

In the book, he admitted that during the run of “The Gong Show,” he began to have misgivings about the shows he was producing.

Among the excesses he wrote about was a “performance” on “The Gong Show” by two young women known as The Popsicle Twins, whose talent lay in their ability to consume ice pops erotically (to put it tastefully). Barris said he later felt a great deal of shame regarding the Popsicle Twins.

He also talked about a show he created in 1979 called “Three’s A Crowd” that in retrospect even he felt was inexcusably tasteless.

The show pitted wives against their husbands’ secretaries to see which of them “knew” the men better. The show led to marital discord among the contestants.

Barris later felt the backlash against “Three’s A Crowd” caused so much damage to his reputation that his other shows suffered in the ratings because of it.

He then famously retreated from the TV business, although he had made a fortune and used it to finance a move to the French Riviera, where he lived for many years.

In retrospect, “The Gong Show” seems quaint. And many of us have great memories of the show and its cast of characters, including judges Jaye P. Morgan and Jamie Farr, and contestants such as Gene Gene the Dancing Machine and the Unknown Comic (who performed standup with a paper bag covering his head).

We have fond memories of Chuck Barris too, and we hope that he died without regrets.