Why I Dislike Facebook: It's The P.R. Version Of Everybody's Life 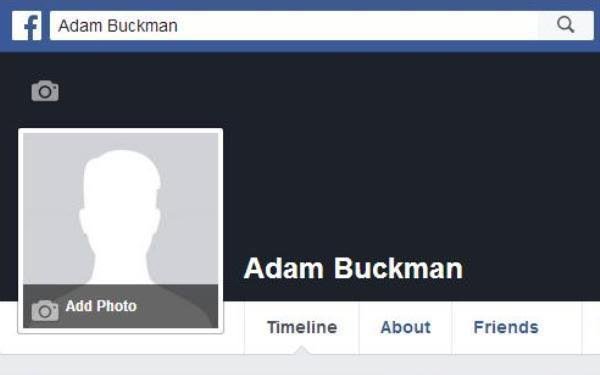 It finally dawned on me the other day why I regard Facebook with such visceral distaste:  It is because Facebook is the p.r. version of everybody’s life.

Not for the first time, I was trying to figure out why I always seem to react so negatively when I’m on Facebook browsing through the posts that have been left there by my Facebook “friends.”

See? That’s a clue to my attitude right there -- that the word “friends,” in reference to “Facebook friends,” should be in quotes.

If any of the actual friends I have on Facebook should come across this blog post and read it, please do not be offended. You are still my friends. And as a matter of fact, I regard all of my Facebook friends -- whether the ones in quotes or the ones not in quotes -- with “love” and “respect.”

The fact is, it is doubtful any of these Facebook “friends” will read this anyway, because I ceased posting this daily TV Blog on Facebook months ago.

Unlike so many people in the world today who cannot resist the temptation to share their thoughts, experiences, and what they had for lunch on social media, I still feel reluctant to put myself out there.

For example, when I used to share this daily TV Blog on my Facebook page, I would wonder if I should have prefaced the posts with these words: “Sorry to bother you, Facebook ‘friends,’ but here comes another one of these daily things I write, as if any of you could possibly be interested …”

So I stopped doing it and to my knowledge, no one from Facebook ever complained about it.

I suppose they’re all too busy sharing aspects of their lives with pictures, posts and little heart emojis that are meant to persuade the rest of us that their lives are all swell and peachy keen.

This is how I came to the epiphany that Facebook is the p.r. version of our lives. My three decades in the profession of covering the TV business as a journalist has apparently made me incurably sensitive to the presence of p.r. spin.

While there is nothing particularly wrong with putting one's best foot forward, or otherwise looking on the bright side of life (as Monty Python sang so eloquently), it is difficult to regard Facebook without skepticism.

On Facebook, all marriages are perfect. All family members coexist in loving harmony. All children are the cutest ever. Everybody’s dogs and cats are too -- especially if they’re puppies or kittens. All vacations come off without a hitch. Every restaurant meal is the greatest that was ever eaten.

Every gesture shared via video on Facebook is to be regarded as heroic or heartwarming -- the child selling lemonade for charity, the white cop from somewhere hugging a black teen, the sleeping dog with his body circled protectively around a pet turtle. Aww.

On Planet Facebook, no one has any problems. They’re never sad. They’re never disappointed. They never experience domestic strife. They don’t have career issues, even if some might complain good-naturedly about their jobs. They’re never fired, under-employed or unemployed. They don’t struggle with addictions. Only occasionally do you hear about health issues or deaths.

In short, Facebook does not reflect reality. Instead, people on Facebook reveal only the lighter sides of their lives because (a) it’s much easier than owning up to problems or issues and (b) if they were honest about their feelings and circumstances, they would receive little attention or help from the people on their friend lists.

One wonders what Facebook would be like if we and our Facebook “friends” really, truly leveled with each other. The skeptic in me feels it would not be nearly as popular as it is now.

facebook, iptv, pr, social media, tv
9 comments about "Why I Dislike Facebook: It's The P.R. Version Of Everybody's Life".
Check to receive email when comments are posted.
Read more comments >
Next story loading