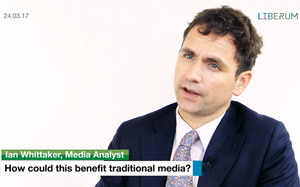 The timing of YouTube advertiser fallout couldn’t be worse for the ad-supported long-tail video marketplace.

And it couldn’t be better for broadcasters, heading into the 2017-18 upfront and “NewFront” advertising marketplace.

At press time, an estimated 250 advertisers reportedly have pulled their ads off YouTube due to them running adjacent to “unsafe” content, including hate speech and terrorism-oriented videos.

Johnson & Johnson was among the latest big brands to pull the YouTube plug, following big telecommunications advertisers such as AT&T and Verizon.

While advertisers won’t begin planning -- much less negotiating -- their 2017-18 video advertising budgets in earnest for another couple of months, the fallout will put YouTube, and its ilk, in a weak negotiating position.

Even worse, it will create another rationale for shifting video advertising budgets back to television, or at the very least, long-form video content streamed by major broadcast and cable programmers.

“It does look as though, that rather than this problem going away, if anything, there seems to be more and more momentum behind it. Potentially, this could be very, very serious for YouTube,” Ian Whittaker, a media analyst with U.K.-based securities firm Liberum said in a video distributed with a note to investors this morning. The video, which is hosted ironically on YouTube, can be viewed here.

His main point is that YouTube’s troubles could be a blessing in disguise for broadcasters.

Even though YouTube parent Google has taken steps to protect advertisers from appearing near inappropriate content, Whittaker notes, “There are so many videos being uploaded every day that it is going to be very hard to police all of them and undoubtedly there are going to be things that slip through.”

Not surprisingly, he says, that could be a boon for broadcasters offering safe, long-form video environments brands can trust for their ads.

“That, I think, will be a great selling point,” he says, adding: “Particularly in this environment now. I do expect the broadcasters to benefit from that.”
Next story loading