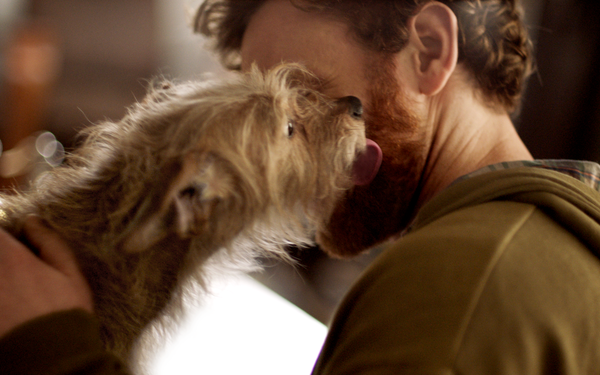 Coldwell Banker Real Estate is debuting one of the highest-ranking ads of all time by Ace Metrix.

The 60-second TV spot, titled “Somebody to Love,” begins with a shot of a man longingly looking at a picture frame beside his bed. It then pans to a stray dog who is wandering the streets. The two meet at an adoption event, and an original soundtrack plays “you rescued me,” when he brings the dog home.

The spot, from Los Angeles-based Siltanen & Partners, can be viewed below.

Ace Metrix, the leader in measuring the impact of television and digital advertising, scored “Somebody to Love” as the highest-rated real estate ad of all time, and one of the top 20 in all categories. It scored 779 in likability, higher than any ad debuted during the 2017 Super Bowl.

The spot is part of the three-year campaign called the “Homes for Dogs Project,” initiated in partnership with Adopt-a-Pet.com, North America’s largest non-profit pet adoption Web site. Together, the organizations have helped find homes for more than 20,000 dogs online and through more than 675 adoption events as part of a national adoption weekend. The “Homes for Dogs Project” has another national adoption event slated for Sept. 9 - 10.

The Coldwell Banker brand purposely chose Scout, an adopted dog, to star in the spot. Viewers can learn more about her and watch other behind-the-scenes footage at the realtor's Web site.

Coldwell Banker is also teaming up with Givewith, a philanthropic platform that allows companies to underwrite consumers’ charitable donations. The platform will allow people to click a button and Coldwell Banker will donate money to Adopt-a-Pet.com.

The spot kicks off the third year of the campaign and captures the magical feeling and joy pets bring to our home, says Sean Blankenship, chief marketing officer for Coldwell Banker Real Estate LLC.

“It’s been incredible to see the response from our network since we started the ‘Homes for Dog Project,’” he says. “Coldwell Banker sales associates have made this national campaign their own by hosting adoption events in their local markets and even adopting sometimes four or five pets themselves. We would love to continue building the [project] each year.”

In May, Coldwell Banker will release a series of vignettes that don’t involve pets.

“Our May spots have a very different feel, focusing on the practical side of home buying and selling,” Blankenship says. “Coldwell Banker has built an impressive technology suite, which you’ll learn more about later this spring.”