The Swiss Miss, But Watches Hope For A Comeback Year 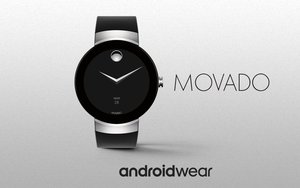 It’s been a punishing few years for the world of watches, even with more luxury brands embracing technology. But as fans flock this week to Baselworld, the Swiss watch industry’s annual showcase, leaders are predicting an uptick in sales.

Last year, sales of Swiss watches fell nearly 10% to about $19.7 billion, François Thiébaud, president of the Swiss Exhibitors, told attendees in prepared remarks, driven by “uncertainty on political, security- related and financial levels, a downturn in tourism in Europe, and a persistently strong franc.”

But sales in China, a key market, have been strengthening in the last six months. Luxury powerhouse LVMH, in its most recent quarterly results, says sales in its watches and jewelry division grew by 5%, with TAG Heuer gaining share, in part because of its connected watch. And Richemont, the Swiss parent of brands like Cartier and Piaget, also reported a 5% gain in sales. Swatch’s CEO recently told Bloomberg he predicts sales increases of between 7% and 10% in the year ahead.

Many of the season’s launches are based on innovation, including the new Movado Connect, with a touchscreen powered by Android Wear ($495), and 100 dial configurations. Swatch, which recently unveiled the world’s tiniest Bluetooth chip, is introducing Swatch Skin, its thinnest-ever, at $150. And of course, there’s plenty of extravagant and stunning offerings, such as Chanel’s Première Camélia Skeleton Watch, which sells for about $276,000, or the massive Bvlgari Octo Finissimo Tourbillon Skeleton, around $152,000.

This is Baselworld’s 100th birthday, and the show represents how important watches are to the Swiss economy. They are the country’s third-largest export, and while they account for only 3% of the world’s timepieces, they amount to 60% of its value, the organization says.

But there have been widespread layoffs throughout the industry, as watches struggle to find wrists that love them in a tech-dominated world. And in fact, tech—and digital marketing—may be what saves them. Like other luxury categories, channel shifting is becoming a much bigger part of the watch-marketing story, says digital think-tank L2 in its recent report. “Following declining sales and profitability from 2014 to 2016, performance divergence between online and offline channels in watches and jewelry is growing,” it say. “While 2016 holiday sales at brick-and-mortar stores were disappointing, online jewelry sales were up double digits and Amazon sold a watch every 1.5 seconds.”

In ranking the digital IQ of major brands, L2 gives Tiffany the No. 1 spot and Cartier second place, calling them both “Genius.” TAG Heuer ranks 6th and Longines No. 8. The privately held Rolex, reportedly the market share leader of Swiss watches, lands down at a middling No. 28.

More brands are experimenting with e-commerce on partner sites, L2 says, including Tiffany’s partnership with Net-a-Porter to sell a limited selection of

Tiffany, which extends it reach from 13 countries to 170. Instagram and YouTube continue to be the most powerful social media platforms for the brands that index most highly.