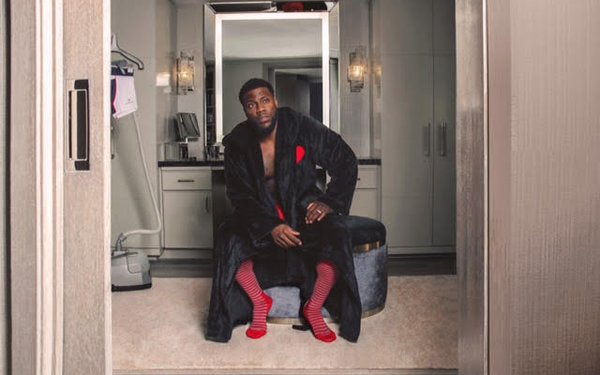 Underwear brand Tommy John has released "Kevin Hart's Morning Briefing," an online series featuring comedian/actor (and investor in the brand) Kevin Hart to build awareness beyond its core fan base.

The series was made in collaboration with Tommy John’s AOR Preacher, the in-house Tommy John creative team, and Hart’s entertainment company HartBeat Productions.

The 22-episode series uses humor to highlight the problems that men have with their underwear. In Power Moves, for instance, Hart talks about the "key to negotiation," which is to not negotiate but simply state an offer. He then shows himself in his underwear. Another spot promotes the underwear as being so comfortable that men will forget they are wearing pants. The spots end with the brand's tagline, "No Adjustment Needed."

The first five videos are playing on both Hart's and Tommy John’s owned digital and social channels, and have already attracted more than 5.5 million videos. The remaining videos will roll out throughout the year timed to coincide with key sales holidays and seasons as well as with potential “viral moments”.

“This is a unique collaboration designed to utilize Kevin’s skills as a natural born entertainer to promote the brand’s commitment to tackle the uncomfortable truths about men’s underwear” says Josh Dean, CMO of Tommy John.

In February 2016, Hart approached Tommy John CEO/founder Tom Patterson about investing in the company and helping to spread awareness of a brand that Hart of which he is purportedly a big fan.

Hart's active social media presence, including Instagram and Twitter, has been credited with driving brand awareness and increasing sales.

Tommy John and Hart are planning a separate collaboration for the brands underwear and socks in Fall 2017.