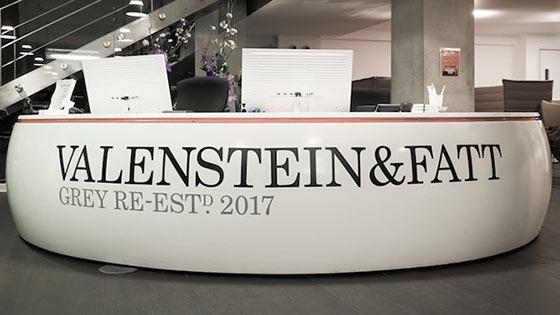 In a bid to broaden diversity efforts Grey London has adapted a new plan that includes establishing a cross-industry task force designed to assess roadblocks and potential solutions.

And in a nod to its own roots, the agency is changing its name (for 100 days) to Valenstein & Fatt, after the Jewish founders (Lawrence Valenstein and Arthur Fatt) who established the agency 100 years ago. The founders selected the non-ethnic-sounding name Grey due to what the agency said was the prevailing attitude of anti-Semitism and general discrimination against minorities at the time.

The diversity plan was unveiled a week after the latest terrorist attack in London, which left several dead, including the attacker and scores injured.

“Recent events have sent shivers through our society and businesses, but they should also inspire a collective and determined attitude that our country and our companies will not change for the worse,” stated the agency’s CEO Leo Rayman.

In addition to the joint task force, the agency said it would make a push for “more transparent diversity data across the industry.” It also intends to work with 100 elementary and secondary schools to “inspire a career in the creative industries,” and is establishing a stipend to pay rent for aspiring young talent in the business from “less privileged” backgrounds.

The shop also said it would establish diversity workshops and an executive level mentor program for top diverse talent.