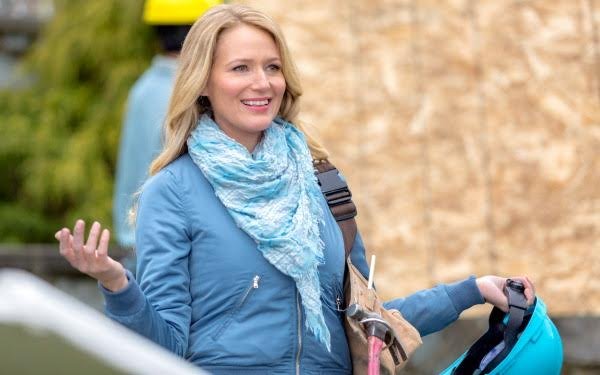 Although neither Google nor YouTube (which Google owns) were mentioned by name, the implication in Hallmark’s pitch was clear: Advertisers seeking “safe” environments for their messages should choose TV — Hallmark in particular — over digital platforms where commercials are placed within “questionable” content.

“With major advertisers pulling out ads from digital platforms that deliver objectionable off-brand content, it’s clear how important it is for you to trust that your commercials are going to air in a safe environment, with guaranteed quality programming and ratings,” said Ed Georger, EVP of advertising and digital sales for the two networks, during the presentation at the Rainbow Room atop 30 Rockefeller Plaza.

Google and YouTube have been hit with advertiser defections recently, including Johnson & Johnson and Coca-Cola, which are reportedly withdrawing commitments for ad spending on YouTube until it can prevent their commercials from being associated with videos that include content posted by terrorist groups.

Several days before Wednesday night’s upfront, Crown Media President and CEO Bill Abbott hinted in a Wall Street Journal interview that Hallmark would take this approach. “We don’t like to go after any competitor, but in a case like this, it’s so egregious and so obvious,” Abbott said. “We would be foolish not to lean into that in some way.”

“Trust” was a recurring theme in the remarks made by Crown Media execs at the upfront.

“Hallmark is synonymous with trust … caring, holidays [and] celebrating life’s special moments every day. These touchstones are essential building blocks as we create content across multiple genres …” Abbott said.

Other portions of the presentation promoted how Hallmark Channel schedules its programs. “Hallmark [is] the perfect environment for season-specific campaigns,” Georger said.

A slate of new TV movies will again be a high priority for Hallmark, with some 60 original made-fors in this year's pipeline. A number will be made for Hallmark Movies & Mysteries. The schedule is built on series featuring a growing stable of female detectives.

Even singer Jewel — who provided live entertainment at the conclusion of the presentation Wednesday night — is starring in one of the series, titled “The Fixer Upper Mysteries,” pictured here, in which she plays a home renovator who is also a sleuth.

The female-friendly mystery movies on Hallmark Movies and the romantic dramas on Hallmark Channel, including returning hits such as “Chesapeake Shores” and “When Calls the Heart,” have made both channels leading destinations for women 25-54, per executives.

Also coming to Hallmark: A series of inspirational TV movies, with Kathie Lee Gifford as executive producer, based on the series of “God Winks” books by author Squire Rushnell.