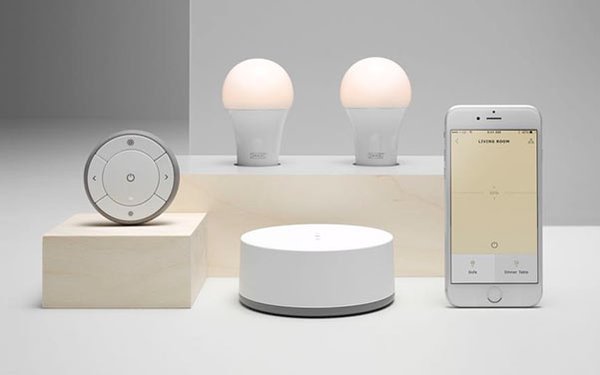 More connected lights for consumers’ homes are set to hit the shelves in the coming weeks as an iconic global retailer makes its push into the smart home.

Ikea just launched a range of smart light bulbs that can be controlled and programmed with a physical remote or a smartphone app.

The line of smart lights was initially announced last fall and is now rolling out as a pilot in select Ikea stores in Sweden, Italy, Belgium and the Czech Republic, as well as online.

Connected lighting is the second product line introduced under Ikea’s smart home collection and the goal appears to be to minimize the technical perception and costs associated with smart home capabilities. Emphasis on being ready to go, out of the box, appears throughout marketing materials for the lights.

“Through home visits and research, we identified that existing technology is perceived as being too expensive and difficult to understand,” Björn Block, business leader of Ikea’s Home Smart division, said in a statement. “With this in mind, we set out to make the TRÅDFRI dimming kit easy to use and affordable.”

The lights can be dimmed and the color temperature can be changed from warm to cool with either the physical remote or smartphone app.

However, the smartphone app enables additional functionality, such as creating scenes with multiple different lights and programming them to change at certain times. One example of this functionality would be setting bedroom lights to turn on at a certain time in the morning to act as an alarm, according to Ikea.

An additional ‘gateway’ device is needed to connect the lights to the smartphone app, which is similar to how other connected lights on the market

The general messaging seems to be positioning this and other app-centric features as advanced features and focusing on the low barrier to entry just to add remote-controllable lights to a home.

“The Smart lighting range lowers the barrier to get better light at home, bringing it to an absolute minimum,” Block stated. “Think of the TRADFRI kits as an entry level light that you can build upon, that hopefully inspires and encourages you to start experimenting with your light at home.”

“For those who are willing to take the next step, the TRADFRI app allows you to pre-set different light sources around the house to create different moods and suit different needs.

Ikea’s other offering within its smart home collection is a line of desks and nightstands equipped with wireless charging surfaces.