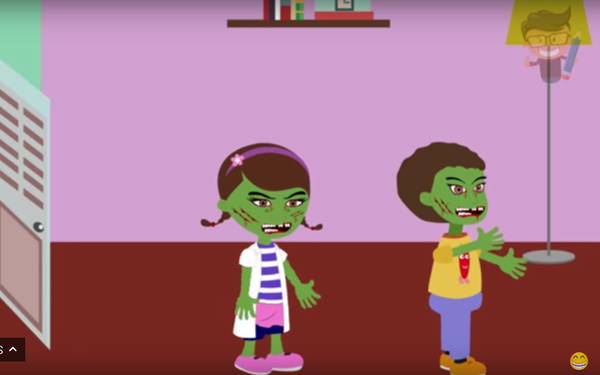 Maybe the best way to view the Internet is with a World Wide Warning: “This may not be what it seems.”

The Internet seems more fake than functional these days. YouTube is catching it from all sides, now including a new crisis--hard to believe--malicious cartoons.

According to a disturbing report from the blog BBC Trending:

“If you're not paying much attention, it might look like an ordinary video featuring Peppa Pig, the cheeky porcine star of her own animated series,” the blog begins. “But soon after pressing play on this particular YouTube clip, the plot turns dark. A dentist with a huge syringe appears. Peppa's teeth get pulled out. Distressed crying can be heard on the soundtrack.”

So far, it seems,  mostly the British press has been on to this story--Peppa Pig is popular with little kids there. The sick versions of it and a popular Disney cartoon “Doc McStuffins” were noticed by journalist Laura June. Her 3-year old innocently came across these videos, and mom exposed it with chilling detail at a Website called TheOutline.com.

It’s not like she was the first to see these things, by a long shot. June says some of these parodies are located on a knock-off channel called Baby Funny TV, which has two million views and others from a channel called Smile Kids TV, which has ten million views.  June supposes most of those are from little kids who are looking from real Peppa Pig cartoons. She also supposes the phony channels are there for the advertising pay off.

“On the actual Disney show ‘Doc McStuffins,’ the ailments are all made up — ‘you’ve got sticky-icky-itis, you need a bath.’ “ writes June. “On faux ‘McStuffins,’ people break legs. Bones get exposed. It’s terrifying. One video opens with a man injecting a pumpkin with a hypodermic needle, which somehow results in Doc and her buddies becoming zombies. There’s also a fiery car chase.”

June continues, “And to be clear, these videos do seem to be made to confuse children, meaning that kids are somehow, inexplicably, their target audience... These videos are for kids, intentionally injected into the stream via confusing tags, for them to watch instead of legit episodes of beloved shows. Presumably made for ad revenue, they’re just slightly twisted enough that any parent with eyes will be upset when they realize what their kid is seeing.”

YouTube doesn’t need the grief now that it’s struggling to clean up its act as advertisers howl that their messages are being being played accompanying hateful video of all stripes.

But it’s not totally YouTube’s “act” to clean up. YouTube just ingests video sent from all around the world--at least 400 hours of video are uploaded to YouTube every minute, according to its own stats which themselves keep getting more “amazingly” increased all the time.

It’s no more to blame bad video than than Buffalo is responsible for bad weather. It just happens there. (But Buffalonians expect the city to clean up the mess, too, And hundreds of thousands have moved away.)

These are not videos found on YouTube’s own YouTube Kids service. But if you noodle around--or if you’re a kid just looking for cartoons you like--apparently it’s not hard to find this stuff.

YouTube, obviously, does not approve. “We appreciate people drawing problematic content to our attention, and make it easy for anyone to flag a video,” YouTube, told the BBC,  and once again reminded us there is a “restricted mode” that adds a measure of safety for all users.

What’s more, YouTube responded, “Flagged videos are manually reviewed 24/7 and any videos that don’t belong in the app are removed within hours. For parents who want a more restricted experience, we recommend that they turn off the Search feature in the app.”

June, mom and journalist writes,  “I’m not arguing that it’s solely YouTube’s job to filter out this junk (every parent needs to keep an eye on what their kid is seeing, no matter how good the algorithm is).”

But it seems, really, she is arguing that maybe that wide open YouTube gate needs to be re-thought.

“The real Disneyfied “McStuffins,” she knows, is made by a giant media company, “produced in some kind of factory where child psychology has been deeply examined and kids’ consumer needs tested at industrial levels.”

She concludes, “when you strip away that safety, down in the muck and mystery of YouTube’s open platform, these brands become something much more sinister. A crass play for money where ‘related’ content is the lazy work of some unknown animator with enough knowledge of SEO gaming and Microsoft Paint to be dangerous, or at least extremely annoying.”