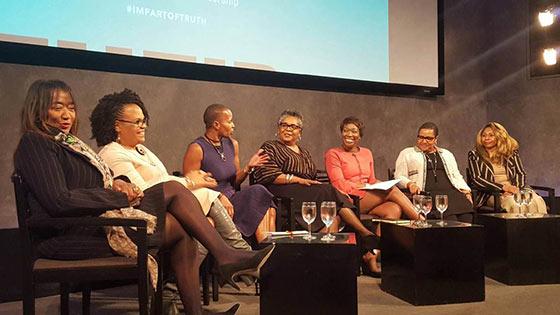 Interpublic Group and The Advertising Club of New York hosted an event Monday exploring the topic of Black Women in advertising, marketing and media and why there’s been so little headway in their advancement to the leadership ranks within the industry.

The need to focus on women of color and Black women in particular has to do with context, says Heidi Gardner, chief diversity officer, IPG. "We’ve seen an almost exclusive focus on women as part of the industry’s diversity initiatives for the last few years, and we’ve seen real progress in getting women into leadership roles. The Black women who are leaders are rarely recognized by our mainstream trade media. This is after the advertising industry has been challenged to address African American participation for 70 years."

Advertising Club President and CEO Gina Grillo said, "I think that many assumptions were being made – that a rising tide would lift all boats. The data shows that’s not what’s happening for Black women and with that insight, we can improve."

The gathering was billed as the first major industry diversity event to focus specifically on Black women. "Diversity and inclusion is a key value for IPG and a clear imperative for the entire industry," said IPG CEO Michael Roth. "It’s essential that both gender and race are on our agendas and this event is an important step forward."

Speakers teased Roth for hosting this event since he is neither black nor a woman, but he explained during his introduction that he looked around his company and realized there were few minorities and it is "my job" to do something about it.

"Progress is an inside job, and the hard work has to be done by business leaders every day within their companies," added Gardner. "The industry has all too often punted this issue to the trade organizations and HR and that’s one of the reasons we are where we are."

Event organizers say follow-up efforts will include the development of a “roadmap” with action items firms can take to help shepherd more black females into senior management ranks.  IPG also will continue to partner with The AD Club and organizations like ColorComm to continue to engage influential business leaders. "And we will do this via more forums, continued conversations, and targeted industry research," says Gardner. "But action on the part of business leaders is the key to unlocking real change on this important issue."