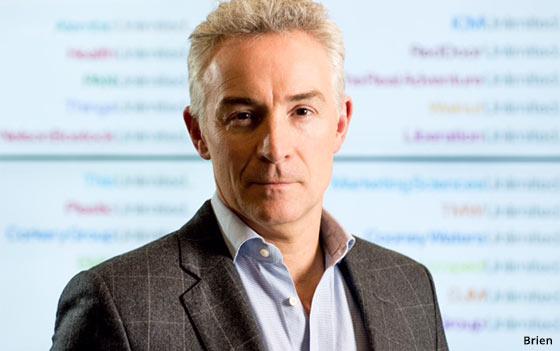 After 12 years of growing Creston and subsidiary Unlimited Group holding company, Group CEO Barrie Brien is stepping down. The move follows the firm’s sale to DBAY Advisors last year for and estimated $95 million.

Brien will assist in an "orderly transition" until the end of April 2017. The company declines to speculate on potential successors.

"After the successful sale of the company at an attractive premium for shareholders… I believe now is the right time in my career to seek new challenges," stated Brien. "I am confident my colleagues, along with DBAY's support, will build on the success we have achieved to date."

Brien joined Creston in 2004 as COO and CFO, and was promoted to group chief executive in 2014. He previously worked at Lowe Worldwide and was regularly cited as one of the most influential executives in the ad world.

Since the acquisition last fall, Creston non-executive directors Nigel Lingwood and Kate Burns have stepped down. This move followed the October rebranding of the network with Creston remaining the name of the holding company, while individual agencies were rebranded under the Unlimited Group.

Last week the firm hired its first CMO as part of a broader effort to accelerate growth.