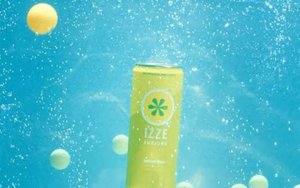 Consumer demand for “hybrid” non-alcoholic drinks continues to grow — but beverage makers need to take a cautious approach to pricing these products, according to Mintel.

So-called hybrid beverages, which combine two or more drink categories, are on the rise because they have fewer calories and less sugar than traditional carbonated soft drinks and juice beverages, often promise functional benefits (like energy from caffeine) and offer a large variety of novel flavors. Taste is the biggest driver in consumption of hybrids.

Among the hybrid drinks that consumers report drinking regularly or those they have tried, bottled water with added health benefits such as protein, vitamins and antioxidants are among the most popular (cited by 44%), along with carbonated juice (40%) and juices with added functional benefits such as energy and relaxation (35%), reports Mintel.

Vitamins and minerals are the attribute cited by most consumers (49%) when asked what they look for the most in their ideal hybrid drink.

And while sales of 100% juice, juice drinks and smoothies are estimated to have grown just 1.2% last year (and 4% since 2011), the good news for juice is that 47% of consumers are most interested in juice-based hybrid drinks — more than are interested in any other hybrid base.

“Blurring lines through product innovation that combines juice with other drink types that have a higher inherent perception of health may expand appeal among consumers,” said Mintel senior food and drink analyst Beth Bloom.

Other frequently cited desirable attributes in a hybrid drink include antioxidants (42%), energy (37%), tea (34%) and electrolytes (33%). Older iGens — those who were 18 to 21 as of last year — are significantly more likely than consumers overall to cited mood-enhancing attributes such as energy (51%) and relaxation (35%) as key hybrid attributes.

A third (34%) of consumers cited availability in a plastic bottle as important, and 26% cited resealable packaging.

While for most consumers, “the ideal hybrid drink would have a juice base, would contain vitamins and minerals and would be packaged in a plastic bottle,” hybrids offer beverage makers a wide range of attribute and packaging option opportunities to explore, stressed Bloom.

Noting that 26% of hybrid drink consumers say they are bored with the non-alcoholic drink choices available, 76% of consumers overall say that they like to try new drinks and 63% (including 72% of Millennials) agree that hybrids encourage them to try new drinks, Mintel identifies sampling as a major opportunity for beverage makers.

However, the analysts also warn that price is the biggest barrier to consumption of hybrids. Eighty percent of hybrid drinks consumers believe that these beverages are more expensive than other drink types, and 57% view the drinks as “gimmicks to get them to spend more money.”

“Hybrid drinks are a strong means of keeping younger consumers engaged in non-alcoholic drink categories, and encouraging beverage exploration,” but they “have an uphill battle ahead of them when it comes to price,” sums up Bloom.

Brands will need to work hard to convince consumers of hybrids’ value, but if they succeed, they will create a bridge for driving consumers into new beverage categories, she concludes.

Hybrid success stories are not hard to find. Sparkling Ice, combining sparkling water with the appeal of carbonated soft drinks, is perhaps the most obvious one. Another is PepsiCo’s Mountain Dew Kickstart — a combination of juice, caffeine and coconut water that proved so popular with Millennial males that it generated nearly $250 million in sales by its second year.