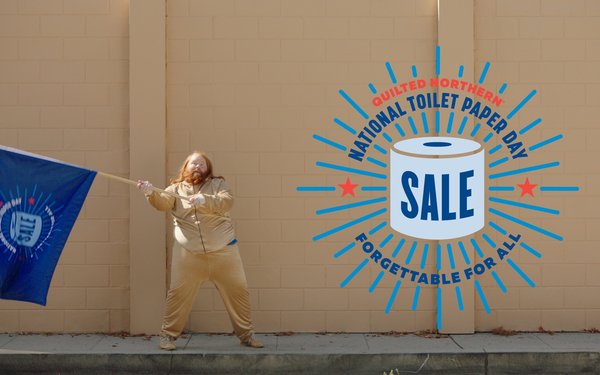 In its annual salute to shopper marketing that works, Effie Worldwide gave two gold awards to Quilted Northern for its salute to National Toilet Paper Day. Pepsi, the Hershey Co., Dove and Kolcraft strollers also got gold for their in-store efforts.

Quilted Northern, owned by Georgia-Pacific, wanted to win over consumers (who typically have little loyalty to toilet paper brands). And Amazon hoped to spark interest in online toilet-paper purchases. The one-day promotion focused on combining the brand’s promise of “Designed to be Forgotten” with Amazon’s Subscribe & Save feature, letting consumers put toilet-paper shopping on autopilot, generating more sales, new audiences and loyal subscription customers. (Droga5 is the agency.)

Pepsi, in a campaign orchestrated by TraceyLocke, wanted to wow young cola drinkers with its personality, using some 200 custom emojis on millions of bottles. The #SayItWithPepsi effort aimed to turn “every touchpoint into an opportunity for self-expression,” the company says.

And in the David v. Goliath category, Kolcraft took gold for its clever use of a grown-up size stroller, set up in stores so parents could experience the smooth, comfy ride for themselves.

Gold awards also went to Dove for bringing its #SpeakBeautiful campaign, aimed at combatting the millions of negative tweets women post about themselves and others, to life inside Target. And the Hershey Co. got gold for a collaboration with Dollar General, inspiring shoppers to “Build a Better Basket.” Combining the splurge sentiment behind buying Easter candy with the cost-consciousness of dollar-store consumers, the effort boosted Hershey sales 25% at Dollar General, adding 4% in seasonal market share. The company says shoppers spent an average of nearly six minutes in online engagement.

It was the seventh annual awards event for shopper marketing, in partnership with the Path to Purchase Institute. The event honors both in-store and digital shopper marketing, which accounts for about $40 billion in spending each year, according to the National Retail Federation. The awards are given to integrated campaigns that are most effective in generating sales and increasing satisfaction.