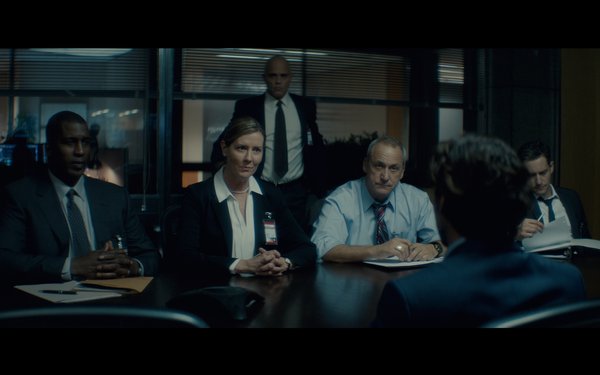 Creative for Audi’s 2018 Audi Q5 takes a not-so-subtle jab at the competition, namely the Lexus NX.

The 60-second spot, from Venables Bell & Partners, debuts during this weekend’s NCAA Finals. According to the agency, it “captures the story of a man who has to choose between blending in or being bold.”

It shows a man who is being given a new identity to protect him because of information he has shared. In the spot,“The Decision,” the authorities show him his passport, his new bank account and his new house. When they get to his vehicle, they tell him he must drive the "perfectly inconspicuous SUV.”

The photo they show him strongly resembles a Lexus NX, even though it's not mentioned by name. The man looks disturbed, almost disgusted. He tells them he’ll take his chances and is shown at the end of the spot happily driving along in his Audi Q5.

“We wanted to showcase the vehicle’s progressive design and powerful performance, while also encouraging friendly rivalry,” Kenneth Bracht, director of brand marketing, Audi of America, tells Marketing Daily. “The commercial is meant to differentiate the Q5 from the competition.”

In addition to “The Decision,” the Q5 campaign will feature additional content companions, including a 30-second spot and three 15-second shorts. The 60-second spot will also air during the final game on Monday night. It is slated to run through the end of May.