The U.S. cinema ad marketplace grew 5.8% in 2016, according to estimates released Wednesday by the Cinema Advertising Council. The trade group estimated advertisers spent $758.3 million advertising in CAC member theaters in 2016, up from $716.4 million in 2015.

According to a report jointly released by the CAC and the Video Advertising Bureau, U.S. cinema ad spending is on track to expand to $798.6 million this year. That report cites SNL Kagan estimates released in July 2016. 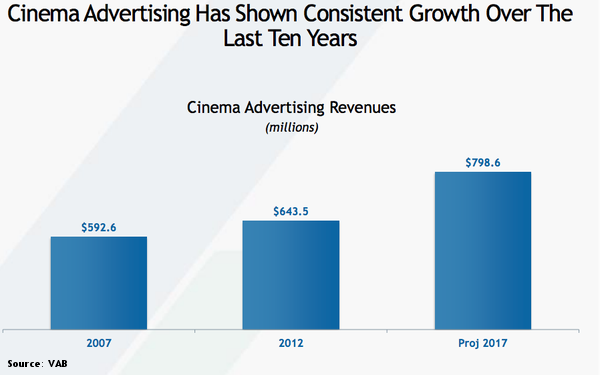