Another Cubs Win: MLB Replaces NFL As No. 1 In Fan Loyalty Index 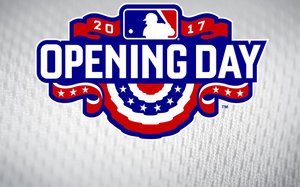 MLB had to wait 10 years to again be ranked No. 1 among the four major U.S. sports in the Brand Keys Sports Fan Loyalty Index.

According to the 25th annual survey conducted by Brand Keys, MLB has been rated No. 1 in fan loyalty for the first time in a decade, replacing the NFL, which has perennially been the Brand Keys loyalty leader.

“To be honest, we didn’t expect to see baseball move from No. 2 to No. 1 and football at No. 3,” Robert Passikoff, president for New York-based Brand Keys, tells Marketing Daily. “We had indications it might happen, but we certainly were surprised.”

Passikoff said the Cubs’ World Series win was a motivating factor in MLB’s rise, just as the NFL’s current status of franchise relocation was a big factor in the league’s fall.

“Cubs fans can now say, ‘All that time I put into supporting my team, and they win the World Series! Isn’t that the greatest thing ever!’ Baseball as a whole has been fostering that attitude,” said Passikoff.

“But in football, the fact that they moved two franchises (St. Louis and San Diego to Los Angeles) and talked about moving Oakland (to Las Vegas, which was approved by the NFL after the Brand Keys survey was conducted), fans see the NFL treating franchises as if they were Monopoly pieces. That has a big impact on people.”

• History and Tradition (30% of total impact): “Are the game and the league part of fans’ and community rituals, institutions, and ‘tribal’ beliefs?”

• Pure Entertainment (21%):  “Win-loss ratios for sure, but more importantly, how entertaining is their play? Is it a consistent experience year-to-year?”

• Authenticity (20%): “How well they play as a team. Do they seem unified? Does it involve both skill and strategy?”

Although Passikoff admits that his findings are open to interpretation, he believes that the Brand Keys Sports Fan Loyalty Index, conducted among 17,852 people, is a true reflection of the current sports landscape.

“Fan loyalty ratings never lie,” said Passikoff. “They’re a leading indicator of behavior and profitability, and should be a key statistic professional sports teams should track because it always tells us what fans are going to do. And what they’re going to watch.”

Among other factors, Passikoff pointed to recent TV ratings as more evidence of Brand Keys’ findings.

Meanwhile, NBA’s viewership has increased from last season on all four networks: ABC up 9%, ESPN up 10%, TNT up 1% and NBA TV games up 19%, according to Passikoff.

Concurrently, NFL ratings were down last season, with even the Super Bowl falling short of setting a new ratings record.

“Which is troublesome because live events are supposed to be the last bastion of defense against the Internet,” said Passikoff. “The NFL can say what they want, but (TV numbers were) down before the election and they were down in the playoffs (after the election).