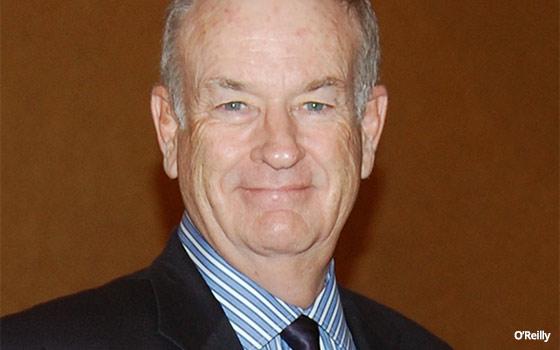 In fact, automotive advertising is the biggest category for the show -- some $13 million for the year-over-year period ending April 3, according to iSpot.tv.

Now, three major automotive brands have announced they have pulled advertising in the show -- Mercedes-Benz, Hyundai and BMW.

After automotive marketers, the next-biggest category annually for the show has been business and investment services at $9.5 million; pharmaceutical marketers (hospitals/clinics), $8.9 million; health/beauty, $5.8 million; and pharmaceutical pain relief advertisers, $5.2 million.

“The O’Reilly Factor” pulled in $144.1 million in national advertising revenues for the year-over-year period ending April 3. The biggest advertiser on the show -- Rosland Capital, a seller of gold and precious metals -- spent $5.4 million.

For the most recent week, the show averaged 3.3 million Nielsen viewers.

In addition to the car marketers, at least six other advertisers have announced a departure from the show, including Allstate, T. Rowe Price and GlaxoSmithKline.