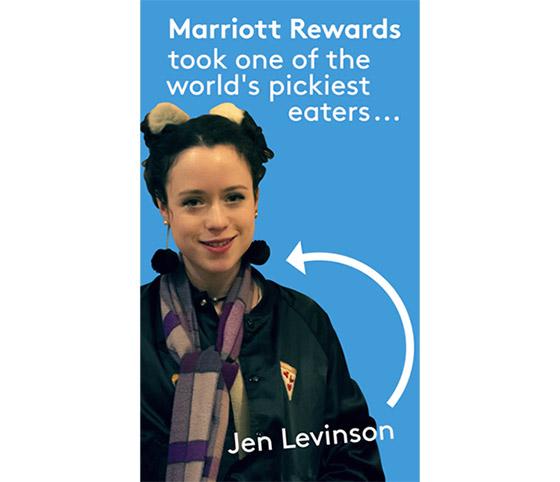 With 100 million members across Marriott Rewards, Starwood Preferred Guest and The Ritz-Carlton Rewards, Marriott is seeking to build a relationship with a new generation of travelers through a Snapchat global content series.

Each of the brand’s influencers are members of Marriott Rewards.

Imre’s production team traveled to each location to provide art direction to each influencer, and help them deploy live social content on Marriott Rewards’ Snapchat channel. The influencers were involved in developing and shaping their segments based on personal passions and interests.

"If you bring influencers into the fold, you have to not forget that you are paying for their 'skill,'" says Ryan Jordan, SVP/creative director, imre. "So you can’t try and over-produce their contribution. But at the same time you need a strong creative view point to help make sure that the brand message is being pulled through and enabling your influencer to make magic."

Post-trip, the agency is producing a three-minute “snapisode” to recap the trip specifically for mobile devices.

"Social and digital content today has to be both high quality and created in native formats to guarantee a truly memorable user experience," says Jordan. "Just like in TV, our audiences crave a narrative arc, compelling characters, and a payoff that keeps you coming back. The promise of what’s next. We created a TV show on Snapchat. This is the future of content."

The first of the four featuring Berlin is currently airing on Marriott Rewards Snapchat, Facebook and YouTube channels. The New York City snapisode will debut April 30, Seoul on May 30 and Dubai on June 30.

Afterward, Marriott will be running a Nielsen Brand Effects study to determine if this content series increased awareness of Marriott Rewards, increased favorability of the program with a new audience and inspired action or intent to join Rewards or book a Marriott hotel in the future.

Marriott has been active on Snapchat for roughly a year, having launched the Marriott Rewards Snapchat channel in October 2016. Previously, Marriott traditionally used Snapchat geo-filters to support various activations and campaigns and has 4,000+ properties geo-fenced that it accesses with different campaigns.