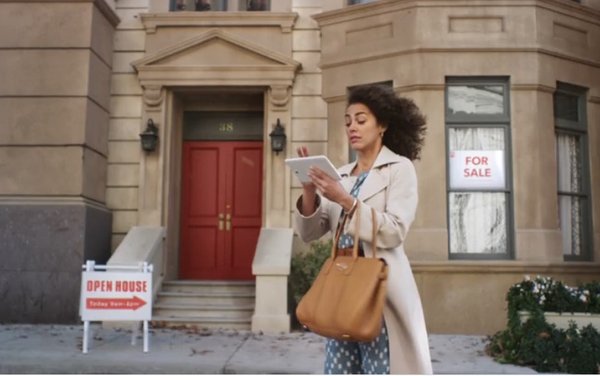 While home buyers want to make sure they find a house they love, Trulia is introducing a major ad campaign about the importance of neighborhoods, themed “The house is only half of it.”

Ads scheduled to run on network and cable TV highlight all the things that can make even the perfect house in the wrong neighborhood a terrible idea, from insane barbecuing neighbors, complete with an exploding frozen turkey, to traffic noise and finding your car on cinderblocks.

“We talked to many consumers in thinking about this campaign,” says Alissa Reiter, VP of marketing for the San Francisco-based mobile and online real estate resource. “What we heard over and over was that they love Trulia for the ways it helps them figure out not just the house they want to buy, but the neighborhood around the house. Getting that right was just as important to them as the house itself.”

She tells Marketing Daily that the campaign from Deutsch L.A. is based on that research, which also gauges people’s willingness to make trade-offs and sacrifices to find their dream neighborhood. Like the home buyers in the ads, she says, Trulia shoppers make extensive use of its 34 digital map overlays to assess potential homes. And they use plenty of other sleuthing tactics — like driving around the neighborhood at different times during the day — to make sure it’s the right fit.

Some concerns are obvious: People want neighborhoods that are quiet, safe, walkable and near good schools. “All that’s true, but people are also looking for things that bring them joy,” she says, “whether that means being near yoga studios and good restaurants, or that there are friendly neighbors sitting on their porches. Where I live, for example, we light luminarias in paper bags on Christmas Eve — it’s my favorite thing about my neighborhood, and I’m Jewish. It’s about what makes people happiest.”

The research, conducted with Harris Interactive among 2,200 people, finds that 84% of Americans say neighborhoods are as or more important than the house, with 72% willing to give up a pool for the right neighborhood, 55% sacrificing a furnished basement, and 33% ceding square footage.

Trulia is owned by Zillow.