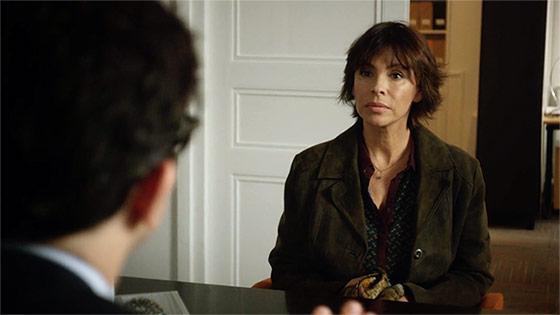 French advocacy group Tissons la Solidarité (Weave for Solidarity) is launching its first campaign designed to help women overcome the stigma of employment gaps in resumes and re-enter the workforce.

Developed with Publicis Conseil (and Caméra Subjective for production), the creative addresses stereotypes that women typically endure when they try to go back work.

Directed by Jérome Bonnell in French with English subtitles, the centerpiece of the campaign, a spot called "The Interview" features actress Mathilda May, the celebrity spokesperson of the association since 2016. She is being interviewed for an open position.

The hiring manager negatively dismisses her qualifications saying her four-year absence is too long, volunteer work doesn't count as experience, asking if she even has a driver's license, and whether she still is ambitious enough to return to the workforce.

The message is aimed at both employers--to encourage them to change their point of view—and the general population to foster awareness and discussion.

The film appears on the association's website and across its social networks, including Facebook, Twitter, and LinkedIn. As of now, the media strategy is focused on online platforms. A print campaign may follow next year.

Publicis worked pro bono on the effort. This project follows a December 2016 initiative that introduced the organization's new branding message, "Because finding a new job again can’t depend on a silver lining."