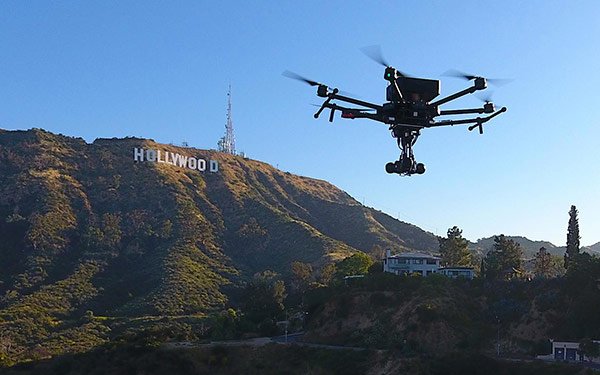 The VR drone system was developed by 360 Designs and is set to be introduced and exhibited this week at the annual NAB Show in Las Vegas.

The so-called Flying EYE system comprises a remote-controlled hexacopter with a custom spherical video camera rig and live-stitching components, which can stream 360-degree spherical video to a base-station on the ground in near-real time.

The system is designed for professional use and can stream and record in up to 6K resolution with a range of up to five miles, according to 360 Designs.

“We wanted to create a broadcast quality, live 360 drone platform for professionals, so they can create stunning live VR productions, with or without the drone in shot,” Alx Klive, CEO of 360 Designs, said in a statement. “The sky is no longer the limit.”

Flying EYE is the first broadcast-quality live-streaming 360-degree drone platform, according to 360 Designs.

However, spherical video has already been streamed live by at least one other major company at a lower resolution.

For example, Intel streamed spherical video from a quadcopter live to attendees at a press event during CES earlier this year.

That demonstration was streamed in real time to more than 260 Oculus Rift VR headsets at the event. Intel collaborated with live-streaming VR company Orah, for the demonstration. That was the first 4K 360-degree live-stream from a drone, according to Orah.

Most consumer 360-degree cameras, such as Samsung’s Gear 360, shoot in 4K resolution.

The camera rig in the Flying EYE system is a 360-degree camera that has been used in projects including the Oscars last year.