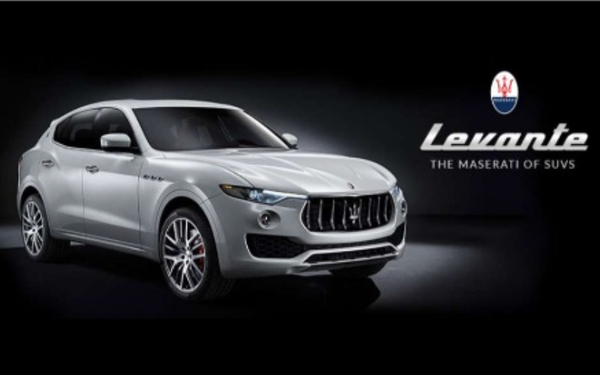 NEW YORK — The launch of the 2017 Maserati Levante offers a textbook case of how to bring a new vehicle to market without wasting a penny of your marketing budget.

Joseph Barbagallo, manager, marketing communications, Maserati North America, took the audience through the process during one of the keynote addresses at the second annual MediaPost Marketing:Automotive conference at the New York Auto Show.

The Levante was the most critical launch in the automaker’s 102-year history.

Luxury automotive shoppers have myriad influences. Online video is the most influential channel for luxury vehicle shoppers with 60% of online video content consumed on a mobile device. Furthermore, 69% of luxury buyers used their mobile to research before a purchase.

“Tying online and offline is the task at hand,” he says. Other challenges the automaker faced when launching the Levante included low brand awareness.

“We are not top-of-mind when thinking about a next luxury vehicle purchase,” he says. “We were a late player to the space. And there’s never enough in the budget.”

The brand had to make sure the timing was right. In order to capitalize on the momentum following global and local reveals, the campaign for the Levante was launched right after the 2016 New York Auto Show.

The automaker partnered with Facebook to create a two-phase campaign: first, branding and second, lead generation.

Over 4 million people were reached on Facebook and Instagram with 1.23 million engagements at a 13.2% engagement rate. There were over 1 million video views. Over 21,000 generated leads and 127 Levantes sold through generated leads.

Facebook helped bring down the cost per lead, he said, adding that it was 180 times more efficient than the next most cost-efficient channel.

One of the key learnings was that video branding works, he said.

“Leading with branded video created intrigue that drew the consumer through the full funnel,” he says. “ “Shoppers like to see the product, experience the product. Nothing does that better than video.”